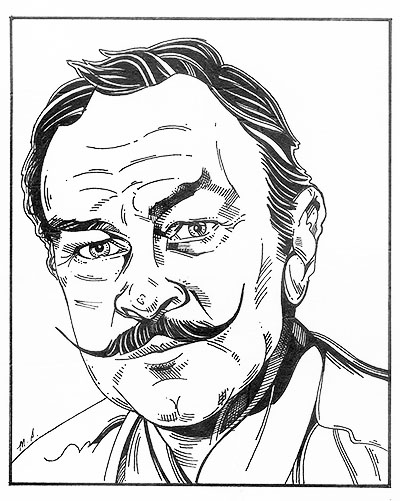 The Knight Foundation and the Miami Herald Publishing Co. have announced grants totaling $17,500 toward a photojournalism scholarship in memory of Miami Herald photographer Bob East. East, a prize-winning photographer who captured South Florida through his camera lenses for 33 years, died in March when a formaldehyde-like chemical was injected into his spine during cancer surgery.

The Bob East Photojournalism Scholarship will be awarded annually beginning in May 1986 through an endowment administered by the National Press Photographers Foundation, said Herald Executive Editor Heath Meriwether. The scholarship will be awarded to a student who intends to pursue a photojournalism career and is attending any university, although preference will be given to South Florida applicants, Meriwether said.

Knight, who knew East as a colleague, described his death as the “loss of a distinguished journalist who was a compassionate human being.” said Miami Herald Publisher Richard G. Capen Jr.

“The incredible outpouring of respect and affection for Bob East under scores the enthusiasm we have for this project. It clearly is an appropriate way to memorialize his name,” Capen sa1d.

“He had a great interest in helping other people, and particularly in helping young people coming along in our profession,” Capen said. “The scholarship will perpetuate that spirit in future years.”

East, whose trademark was a waxed handlebar mustache, won dozens of local and national photography awards. Among them were the Joseph Costa Award for leadership in the National Press Photographers Association, a citation from the same association and the Burt Williams Award, given for 40 years of service.

East served as secretary of the National Press Photographers Association in 1966-67 and, during his tenure, started a national photography contest that allowed other professionals to study some of the best pictures in the country.

“He gave to his profession a gift of learning that lives today and will live in the future,” said Edward Dooks, treasurer of the National Press Photographers Foundation, which will administer the scholarship.

“Photographers have been benefitting for years because Bob East had an idea for a contest that grew into the world’s largest contest.”

The memory of the flamboyant man with the waxed handlebar mustache and cameras dangling from his neck in­ spired more laughter than tears at a memorial service in his honor.

Friends, family and colleagues gathered last night to say goodbye to veter­an Miami Herald photographer Bob East, 64, who died Wednesday, four days after he was injected with a toxic substance mistaken for spinal fluid during cancer surgery at Jackson Memorial Hospital.
Some who came held handkerchiefs. But mostly there were smiles, ripples of laughter in the round sanctuary of St. Louis Catholic Church in South Dade, and tiny nods of recognition when someone described Bob East just right.

They laughed about East’s joke on his bosses – a groundbreaking picture he took years ago during ceremonies for the Herald’s building, with a stranger he planted the middle of a group of 30 Herald executives smiling over their silver-plated shovels.

They remembered him as the “pris­sy, fussy demon” in the darkroom, a man who was “instantly likeable,” a “genuinely good man, a fair man, a gentle man.”

“I keep struggling to come up with a funny line – Bob wanted people to laugh,” said Pete Weitzel, Herald man­aging editor. “But none of my one-lin­ers seem to fit.”

East was someone who made the people he photographed in his 33 years with the Herald “feel good about them­selves,” Miller said. He was a man who made the Herald, “sometimes a big, im­personal place, feel as comfortable as your living room,” said Heath Meri­wether, Herald executive editor.

“He was a nut,” Patrick East, one of East’s seven children, fondly recalled.

“Bob is undoubtedly looking down on this with amusement,” Meriwether said. “He’s saying, ‘I’m glad I could give the columnists such rich material. And now look at all these journalists I’ve been able to get to church.”‘

To honor East, whose illness forced him in December to stop working, Meriwether said the newspaper will establish a scholarship through the Nationa! Press Photographers Association for a South Florida photojournalism student.

“It was his daughter Christina that got us started on the terrible story of his death,” Meriwether said. “She said the family felt the publicity could help keep it from happening again . . . He would have wanted us to investigate fully what happened in that operating room.”