See pictures of John and by John.

From an NPPA.ORG news release by Donald Winslow

MILWAUKEE, WI (March 30, 2016) – Retired Indiana University journalism professor emeritus, iconic Milwaukee Journal photojournalist, and NPPA past president John Ahlhauser died Tuesday afternoon at the health care unit of Saint John’s on the Lake in Milwaukee, a retirement home where he has been living for the past few years with his wife, Lois.

She confirmed his death, which followed a sudden decline. He was 92.

“John was up in a chair yesterday, he was very chipper, and looked very festive,” she told News Photographer magazine today. “I told him, ‘Boy, you look sharp,’ and he said, ‘Yes, I do!'”

A Milwaukee Journal photographer for 25 years beginning in 1948, Ahlhauser left his secure newspaper job to move to Bloomington, IN, to teach at Indiana University’s School of Journalism while he worked on advanced degrees and while doing research into the future of newspapers and photography. When he retired from IU he’d been teaching at Ernie Pyle Hall for more than 20 years.

A bit of a prophet in the pre-Internet age, Ahlhauser predicted well before any digital era that one day in the not-too-distant future newspapers would be “electronic” and they would be delivered to readers on computers. At the time it was a concept that was not widely embraced or understood; now in hindsight, Ahlhauser was clearly a prophet of the publishing revolution that was soon to come.

Teaching photojournalism and picture editing at IU, Ahlhauser – along with the late photojournalist and professor Will Counts – turned out a few generations of award-winning photojournalists, several who went on to win Pulitzer Prizes and the profession’s other top awards. While carrying a full teaching load, Ahlhauser completed his master’s degree at IU in 1973 and his PhD in 1978. He graduated from his undergraduate studies at Marquette University in Milwaukee in 1948.

“He was so ahead of his game, ahead of his time,” photojournalist and Pulitzer Prize-winning photographer William “Bill” Foley said today. “Here we were in darkrooms, and hauling portable darkrooms around the world, and we thought it would never go away.”

Ahlhauser was NPPA’s president in 1967 and vice president in 1966. In 1981 he received NPPA’s highest honor, the Joseph A. Sprague Memorial Award, and in 1981 he was presented with the Robin Garland Teaching Award. He received NPPA’s Morris Berman Citation in 1962 and 1964, the J. Winton Lemen Fellowship Award in 1968, and the Joseph Costa Award in 1966. Marquette University honored him with the ByLine Award in 1985, and over the years he was presented with individual service awards from the Wisconsin, Indiana, and Kentucky News Photographers Associations. In 2015, he was honored with the Indiana University Media School’s Distinguished Alumni Award in Journalism.

The Ahlhausers founded the Stan Kalish Picture Editing Workshop in 1990, and he taught as a workshop faculty member for several years. The workshop was established in memory of Kalish, a famous Milwaukee Journal picture editor who worked at the Journal until 1950.

“John was one of the Journal’s great gentleman photographers, a real pro,” former Journal photographer Robert Nandell wrote today. “I still remember his shot of the funeral cortege of Frank Lloyd Wright.”

The National Press Photographers Foundation (NPPF) was established in 1975 by Ahlhauser, Rich Clarkson, Ed Dooks, and Bill Strode. Ahlhauser also served as NPPF president for many years, and Dooks served as the Foundation’s treasurer for more than two decades. Ahlhauser, Clarkson and Strode are all former NPPA presidents.

A veteran of World War II, Ahlhauser served as a Japanese radio intercept operator in the South Pacific.

He was born on September 9, 1923. His wife, Lois Ahlhauser, died on June 16, 2022, at 96 in Milwaukee. She was an integral part of founding The Kalish alongside John. They are survived by six adult children, 12 grandchildren and one great-grandchild.

The following individuals or organizations have made contributions to the John Ahlhauser Memorial Fund. 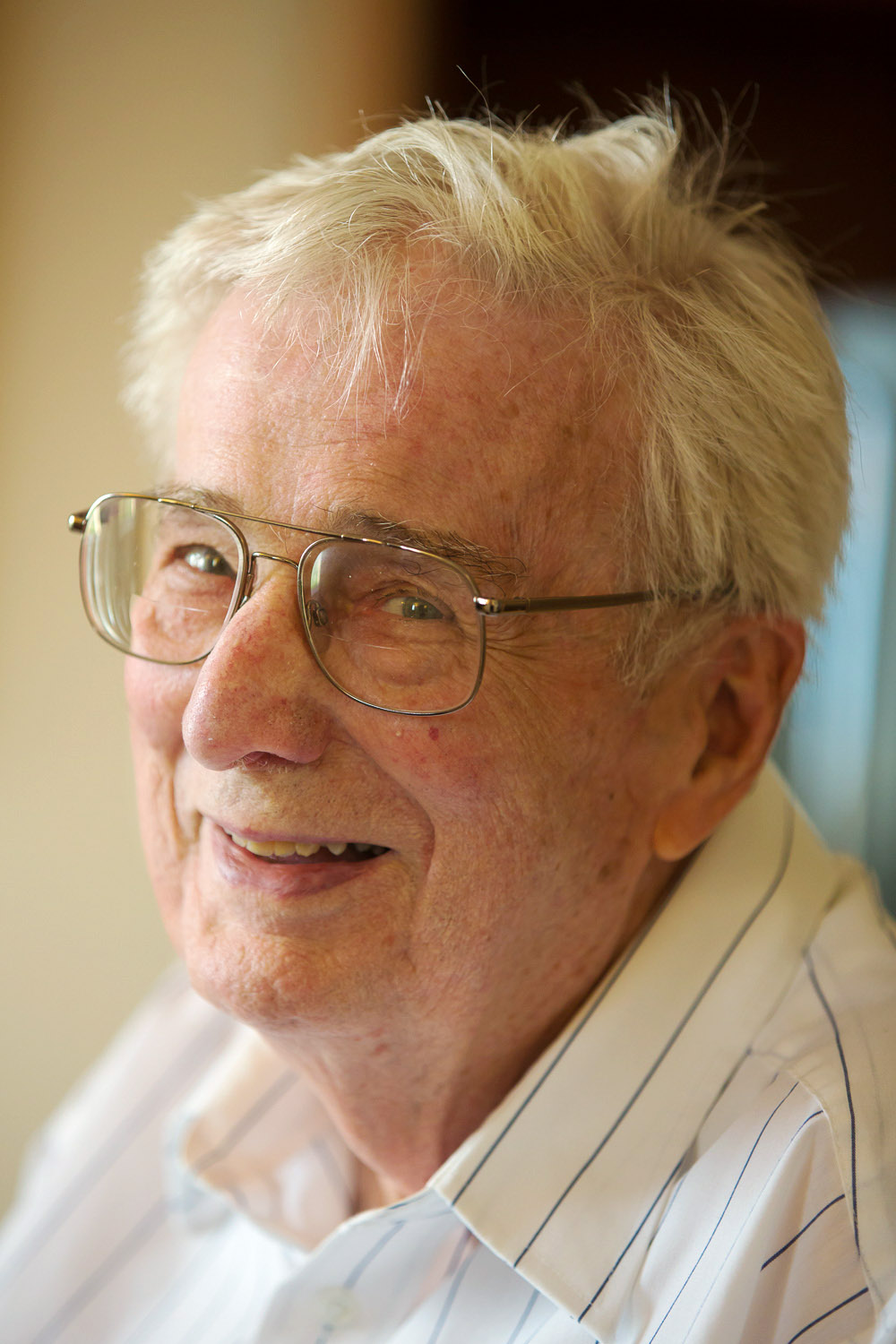