Don’t miss this opportunity to share the excitement and drive for excellence with some of the top visual journalists in the country. Whether you’re just starting your career or are a seasoned professional, this weekend workshop will inspire and IGNITE YOUR PASSION to push to the next level of video storytelling.

DUE TO A RUSH OF REGISTRATIONS TODAY WE EXTENDED EARLY BIRD RATES  TO MIDNIGHT AUGUST 25 (eastern time)!

For those interested: Argon, Xenon, Neon rooms. (Level 6)
Please sign up at registration desk and bring a maximum of two stories you would like critiqued on a DVD, QT on flash drive, or Web Link (Youtube, Vimeo, etc.) with mixed audio. 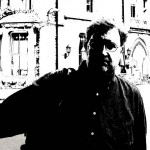 He now leads the investigative unit at Gannett-owned KARE 11 in Minneapolis.  Before that he produced in-depth investigations for NBC News. His highly-rated reports appeared on Dateline NBC, TODAY, NBC Nightly News, MSNBC, CNBC and other cable outlets. 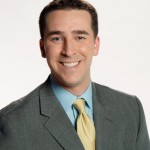 Before joining NBC, Joe was lucky enough to report for some of the best storytelling stations in the country: KING 5 in Seattle, KARE 11 in Minneapolis and WTVF in Nashville.  He grew up in Minnesota and is a proud graduate of Northwestern University’s Medill School of Journalism near Chicago.

Joe serves on the faculty of the NPPA’s annual Advanced Storytelling Workshop in San Marcos, Texas. 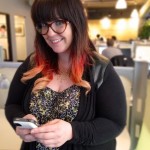 Her speaking experiences stretch from AdFed to The Minnesota Bloggers conference, Associate Collegiate Press, Midwest Journalism conference, and she was also named one of the top “under the radar leaders” in the Twin Cities. As a Geek Girls Guide “Geek of the Week”, she has learned to embrace her nerdiness.

Weekends outside of social are spent on the production side of things with her business “Puke Rainbows Creative.” But, her number one passion is raising almost $30,000 for water wells in Africa through social media (which earned her Klout’s national “Klout for Good” award). She loves sarcasm, stories, cats, karaoke, and says “dude” a lot. Her motto is, “When life gives you rain…puke a rainbow.” Gross, but effective. 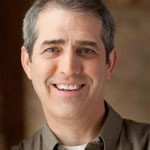 Boyd Huppert recently marked his 30th year as a reporter, including 18 years at KARE-TV in Minneapolis-St. Paul where he produces KARE 11′s weekly “Land of 10,000 Stories” segment.

In addition to his work at KARE 11, Boyd has presented more than 100 storytelling sessions at venues including TV2 and DR in Denmark, TV New Zealand, and NRK in Oslo, Norway.  He is a long-time member of the faculty at the NPPA’s Advanced Storytelling Workshop held each spring at Texas State University – San Marcos.

Boyd grew up on a dairy farm in Wisconsin.  Prior to his arrival at KARE 11, he spent time at WSAW-TV in Wausau, KETV in Omaha and WITI-TV in Milwaukee. 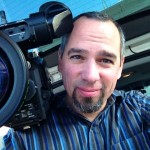 Since 1996, Scott Jensen has been a photojournalist at KTUU in his hometown of Anchorage, Alaska, KARE in Minneapolis, KGW in Portland, Oregon and KING in Seattle. He also spent a year as an executive producer for KTVA in Anchorage. And he taught visual journalism courses at the University of Alaska in Anchorage. Currently, Scott serves and KING’s chief photographer and director of photojournalism. He’s been in these positions since May of 2012.In 2003 and 2008 Scott was named the National Press Photographers Association Ernie Crisp Photographer of the Year. He’s a five-time NPPA Regional Photographer of the Year and a five-time finalist for the Ernie Crisp. He’s won more than two-dozen regional Emmy and Murrow awards. His work has been recognized with a few national awards as well. 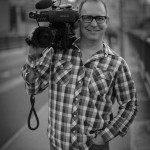 Jonathan Malat is the current 2014 Television News Photographer of the Year. Malat has also been awarded this honor by The National Press Photographers Association in 2002 & 1998.

Malat is the Director Of Photojournalism at KARE in Minneapolis/St. Paul. Malat has been a photojournalist for the last 19 years at KARE-TV. He previously worked at WBFF-TV and WJZ-TV both in Baltimore.

Jonathan’s photography has also been featured on 10 National Edward R. Murrow Awards, over 50 N.A.T.A.S. Emmys, and over 80
National N.P.P.A. awards.

In addition to daily news assignments, Jonathan is also the primary photographer for Boyd Huppert’s Land of 10,000 Stories. A weekly feature segment at KARE that Jonathan and Boyd started as a way to work more consistently together on meaningful stories in their community while honing their craft of storytelling.

Huppert & Malat’s passion for storytelling and teamwork has allowed them to share this knowledge of their craft at the National Writers Workshop, Poynter Institute for Media Studies, TV New Zealand, Denmarks Radio, TV2(DK), and NRK in Norway. Jonathan and Boyd are also longtime faculty members at the NPPA Advanced Storytelling Workshop held each spring in San Marcos, Texas. 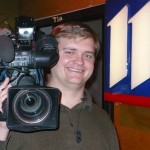 Dedicated to excellence and passionate about the art of visual journalism, Bill is the driving force behind the 2014 Next Generation Video Storytelling Workshop. 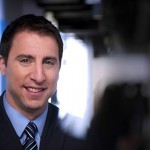 Matt Pearl is a 13-time Southeast Regional Emmy-winning and four-time Regional Murrow Award-winning reporter for WXIA-TV, Atlanta’s NBC affiliate. He specializes in human interest pieces and regularly produces long-form stories as a multimedia journalist (MMJ). This past year, he was named the NPPA’s Solo Video Journalist of the Year.

During his career, Matt has served as a correspondent from the 2008 Democratic Convention, the 2010 BP Gulf oil spill, and the Winter Olympics twice, in 2010 in Vancouver and 2014 in Sochi. His stories have appeared on CNN, MSNBC, the Weather Channel, and, most recently, NBC Nightly News with Brian Williams.

Matt is a native of New Jersey and graduated from Northwestern University’s Medill School of Journalism. He worked at affiliates in Sioux City, Iowa and Buffalo, NY before taking his current position in Atlanta. He has worked in both news and sports, taught at various journalism conferences, and in 2013 created a journalism and storytelling blog called “Telling the Story”.