Online registration is now closed. You may still attend the conference and pay via credit card or check at the door.

Don’t miss this opportunity to share the excitement and drive for excellence with some of the top visual journalists in the country.   Whether you’re just starting your career or are a seasoned professional, this weekend workshop will inspire and IGNITE YOUR PASSION to push to the next level of video storytelling.

HOTEL:  A limited number of rooms are available with Workshop rates on first come, first serve basis. Be sure to ask for the NPPA Video Storyteller Workshop rate.

9am- Noon Small group critiques for those interested: Argon, Xenon, Neon rooms. (Level 6)
Please sign up at registration desk and bring a maximum of two stories you would like critiqued on a DVD, QT on flash drive, or Web Link (YouTube, Vimeo, etc.) with mixed audio. 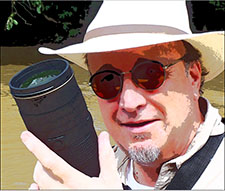 KEYNOTE:  Al Tompkins, @atompkins
Al Tompkins is one of America’s most requested journalism and multi-media instructors.

After nearly 30 years working as a reporter, photojournalist, producer, investigative reporter, head of special investigations and News Director, Tompkins joined the Poynter Institute where he is Senior Faculty for Broadcast and Online.

He is the author of “Aim for the Heart” a textbook about multimedia storytelling that has been adopted by more than 90 universities worldwide.

He has taught in 48 states, Canada, Egypt, Denmark, South Africa, Iceland and the Caymans.

Tompkins is the recipient of some of journalism’s highest awards including The National Emmy, the Japan Prize, The American Bar Association’s Silver Gavel, The Peabody, 7 National Headliner Awards, The Robert F Kennedy Award and The Iris Award. He was inducted into the Kentucky Journalism Hall of Fame and honored with The Governor’s Award from the National Academy of Television Arts and Sciences.

Tompkins helped to author the national codes of ethics for both the National Press Photographers Association and the Radio and Television Digital News Association.

Doug Burgess, @dgb28burgess
Doug Burgess is a television news photojournalist/editor with 24 years experience. He has covered a wide variety of assignments from daily news, to special projects locally, regionally and worldwide. His assignments have taken him to the West Bank in Israel to cover Israeli – Palestinian conflicts, NYC the days immediately after the attacks on 9/11, refugee camps along the Afghan – Pakistan border, to the summit of MT Rainier with recovering addicts, and Doug was in the first group of embedded journalists in 2003, traveling with US Marines from Kuwait to Baghdad filing live reports along the way.

Doug has worked at KING-TV is Seattle for the last four years while the station’s team was  named NPPA Station of the Year twice, most recently in 2013. He has been an NPPA regional POY eight times, Runner up National POY in 2001, and most recently received the Ernie Crisp award as the NPPA National Photographer of the Year in 2013. He is also part of a team to win the prestigious Columbia/ DuPont award, and a four time National Edward R. Murrow award recipient, including two for Use of Video, and two for Best Documentary in Large Market TV news. 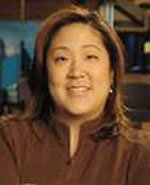 Bea Chang, @beachang
Bea began her career as a news photojournalist in Green Bay, Wisconsin 1993.  Two years later, she joined the team at KARE 11 in Minneapolis-St. Paul as general assignment photojournalist only to find her niche for 13 years as one of the best football videographers in the nation.

In 2000, Bea was part of the NPPA Station of the Year entry.  Also a talented field and executive producer, Bea moved into the digital platforms in 2008 as an online producer and in 2011 became KARE 11’s first fulltime Social Media Manager in the news department. 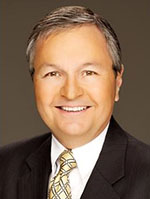 Dave Delozier, @DWDelozier
It started out with a few simple words – “Hey kid, do you want to go shoot a baseball game?”  That was the question a veteran newspaper photographer asked a 19-year-old copyboy.  That copyboy was Dave Delozier.  He said yes and the rest is history.

Dave went on to become a newspaper photographer and shot sports for United Press International in Pittsburgh.  He later transitioned to become a television news photojournalist where he was mentored by Larry Hatteberg at KAKE-TV in Wichita.

Dave has been at KUSA-TV in Denver for 34 years and is a former NPPA Television News Photographer of the Year and NPPA Solo Video Journalist of the Year.  He is also the recipient of 32 regional Emmys.

He now works as both a reporter and photojournalist every day and wouldn’t have it any other way. 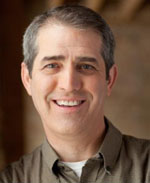 Boyd Huppert, @BoydHuppert
Boyd Huppert recently marked his 29th year as a reporter, including 17 years at KARE-TV in Minneapolis-St. Paul where he produces KARE 11’s weekly “Land of 10,000 Stories” segment.

In addition to his work at KARE 11, Boyd has presented more than 100 storytelling sessions at venues including Danish Broadcasting, TV New Zealand and NRK in Oslo, Norway.  He is a long-time member of the faculty at the NPPA’s Advanced Storytelling Workshop held each spring at Texas State University – San Marcos.

Boyd grew up on a dairy farm in Wisconsin.  Prior to his arrival at KARE 11, he spent time at WSAW-TV in Wausau, Wisconsin, KETV in Omaha and WITI-TV in Milwaukee.   Boyd and his wife Sheri have two sons, Sam and Matt, now out of the house and writing their own stories. 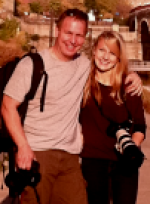 Jonathan Malat, @jonathanmalat
Jonathan Malat has worked as a photojournalist for the last 17 years at KARE 11 in Minneapolis. He previously worked at WJZ-TV and WBFF-TV in Baltimore.

Jonathan has been named Television News Photographer of the Year by the National Press Photographers Association in both 1998 and 2002, placing him among a handful of photographers to win the award twice. Jonathan’s photography has also been featured on 6 National Edward R. Murrow Awards, over 50 regional Emmys, and over 90 National N.P.P.A. awards.

In addition to daily news assignments, Jonathan is the primary photographer for Boyd Huppert’s Land of 10,000 Stories.  This feature segment at KARE 11 started as a way for Jonathan and  Boyd to work more consistently together on meaningful stories in their community while honing their craft of storytelling.

The duo’s passion for storytelling and teamwork has allowed them to share this knowledge of their craft at the National Writers Workshop, Poynter Institute for Media Studies, TV New Zealand, Denmark’s Radio, TV2(DK), and NRK in Norway.  Jonathan and Boyd are also longtime faculty members at the NPPA Advanced Storytelling Workshop held each spring in San Marcos, Texas.

Jonathan is passionate about spending time with his wife Molly and daughter Maddie. You can often find them up at sunrise taking pics at a farmer’s market, gardening or any place cool and beautiful in Minnesota.

“I love my job. It is an honor and privilege to tell stories. I am humbled that so many characters have allowed me to share their stories with the rest of the world.” 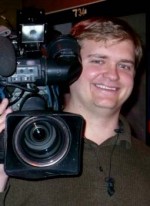 Dedicated to excellence and passionate about the art of visual journalism, Bill is the driving force behind the 2013 Next Generation Video Storytelling Workshop.

During his 16 years at WTHR, Steve has not only covered local news but has followed assignments around the world  –  including
coverage of the Olympic games in Australia, Greece, Italy, China, Vancouver and London.

Prior to arriving at WTHR, Steve worked at WNDU-TV  in South Bend, Indiana and KHQA-TV in Quincy, Illinois.

Steve is a 1993 graduate of Northwest Missouri State University.  When not working, Steve enjoys travel with his wife Lisa and spending time with his two dogs – Beckham and Nessa. 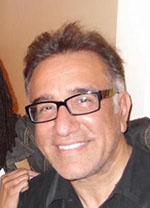 John Sharify, @johnsharify
John Sharify, one of the most honored broadcast journalists in the country,  lives and breathes storytelling and is grateful to those willing to share their stories. In March, he was selected as the 2013  Runner Up for NPPA’s Reporter of the Year.

Sharify  is currently a contributing reporter for KING 5 News, and the General Manager of two Seattle television stations; Seattle Community Colleges Television (SCCTV) and Seattle Community Media, the city’s public access station.  He is also an independent filmmaker. His 2010 documentary about the holocaust, “The Boys of Terezin,” has been shown in film festivals in Sydney, Melbourne, Toronto, West Palm, Miami, New Jersey and Seattle.

Sharify is a proud graduate of Princeton University.  He has a Master of Fine Arts degree in film directing from Columbia University.  Sharify is honored to have presented a Ted Talk in 2012 about his National Murrow award winning documentary called “Climb of a Lifetime.”

Online registration is now closed. You may still attend the conference and pay via credit card or check at the door.