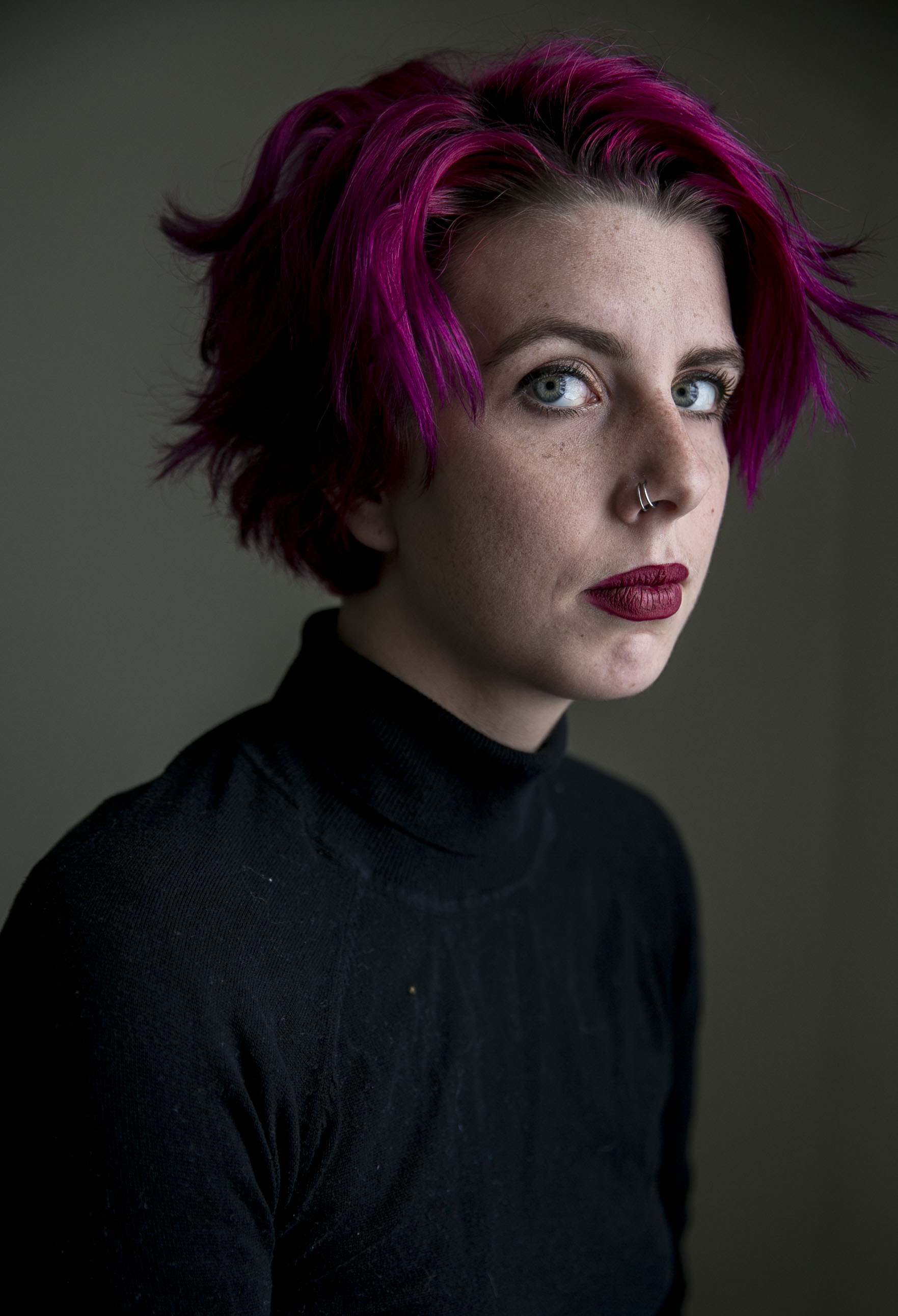 It was a hot summer evening when I nervously clenched the steering wheel of my car on my way to meet Krista Cooper-Nurse who had just been released from the hospital. The wounds on her face were still fresh. Three weeks earlier, her former fiancee, a San Antonio police officer, had smashed her face with a rock, fracturing three bones. Yet, he was still on the force. I had no idea what to expect. But Krista greeted me warmly and began recounting one of the worst nights of her life. Her openness and strength were remarkable. She was willing to share her story in hopes that others would be inspired to stand up for themselves. I started crying on my way back to the newsroom as the gravity of the relationship and the images hit me. Earlier that day, I was a complete stranger to Krista. However, she trusted me and my camera resulting in photos that resonated with the San Antonio community. A close up image of her injuries as she gently smiles while looking into the camera went on to win bronze in the College Photographer of the Year competition’s General News category and was a part of my silver-awarded portfolio. Through this, Krista’s story was shared with the world. \r\n\r\nIn terms of professional accomplishments, I was recently recognized as Runner-Up in the international the 73rd annual College Photographer of the Year competition. I also was named 2017 Michigan College Photographer of the Year and won first and third places for Feature Photos and second place for Sports Feature story. In the 2017 Hearst competition, I was named a finalist in both photojournalism I and II. I currently serve as the Central Michigan University student chair on the board of the Michigan Press Photographer Association and am active in my school’s chapter of National Press Photographer Association. My first few years in college were the most integral in not only my education but also my career. I joined the Delta College student paper, where I would eventually become photo editor and eventually editor-in-chief to explore the exciting world of journalism. While at Delta, I made the Delta College President’s List, as well as the Vice President’s List three times as I worked to obtain my Associate degree in journalism and graduated magna cum laude. In the fall of 2017, I transferred to Central Michigan University to work towards my Bachelors in photojournalism and cultural studies. I currently hold a 3.60-grade point average and the knowledge I continue to gain only further prepares me to be the best photojournalist I can be.\r\n \r\nBeyond the classroom, I have had the opportunity to intern with MLive Media Group/The Saginaw News at 18 years old as the youngest photojournalism intern in the company. I also have interned with The Tennessean in Nashville, Tennessee; Central Michigan University Communications photo department; and at The San Antonio Express-News. These experiences have greatly contributed to my growth as a visual storyteller. While I am proud of what I have accomplished and the recognition my work has received, ultimately, it’s not just about me. It’s also about the people who have graciously allowed me to enter their lives and photograph. My ability to document the lives I have would not be possible without the incredible people, like Krista, who have trusted me enough to be vulnerable and share their stories. This beautiful collaboration is the best part of the career I’ve chosen.

My career goals following graduation boil down to telling meaningful stories that I truly believe in and that resonate with people to make a difference. I strive to do my very best to amplify the voices of people as I tell these stories. Ideally, I want to work as a photojournalist for a news publication that actively values visuals and supports its photographers and their passion for storytelling. I am drawn to stories of social justice and the many ways it fights and advocates for voices not always heard. Historically photojournalism has been an invaluable tool in fights for social change through photos and I want to add my contribution to visual history as I use my perspective as a woman to tell stories the best way I can tell them. Through working on stories that tackle issues of race and social justice, I also recognize the importance of the process of life-long education, so that I am best informed to tell stories I do not know everything about. This process is something that excites me because I want to make photos that are meaningful and well informed. I am very excited about my future and am determined to make the most out of every opportunity. 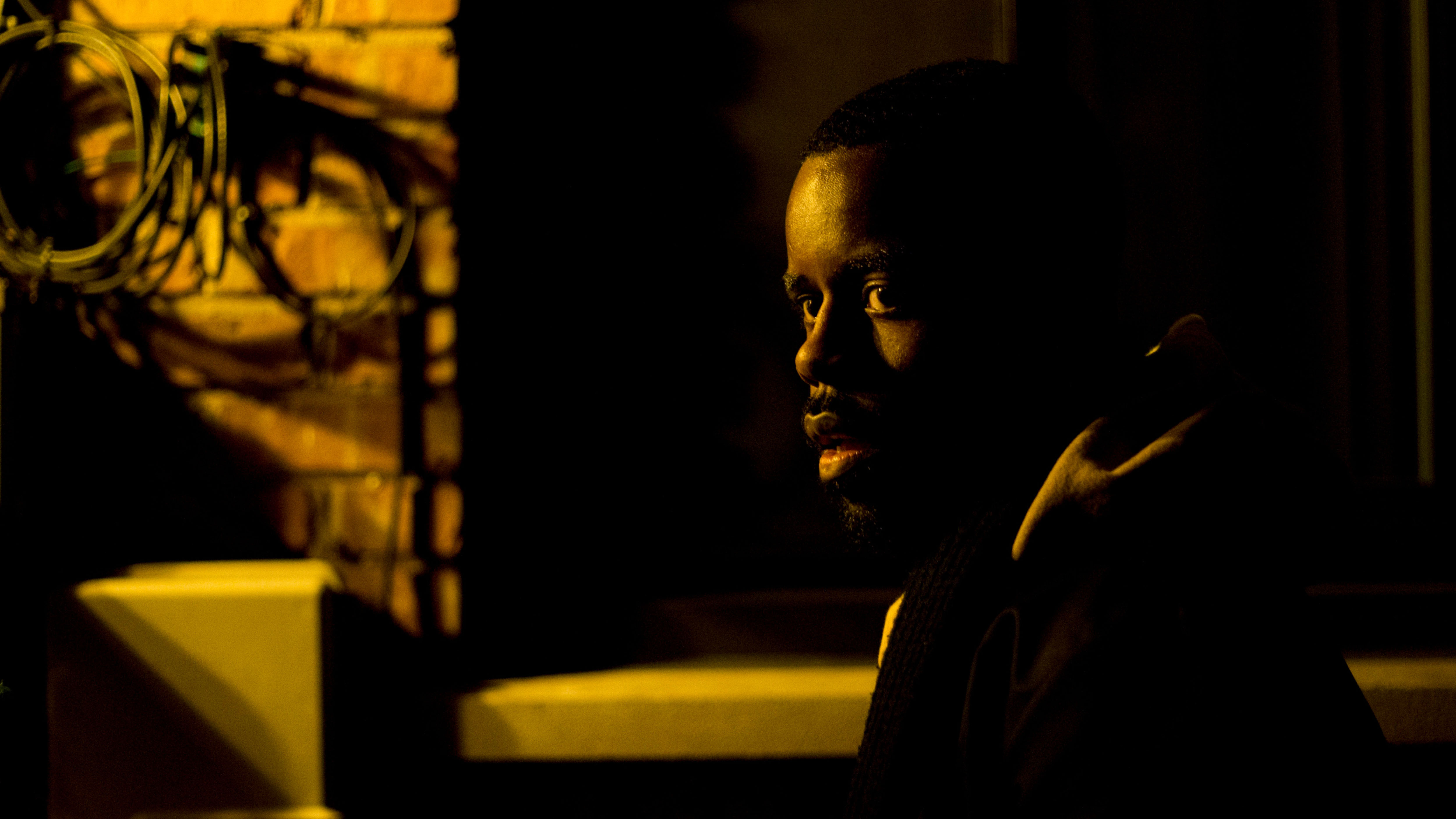 Deontè Gardner always knew he was destined to do big things. Growing up in Chicago made the aspiring rapper alert and always thinking ahead. Gardner prophesied that he would do big things when he was young and now that prophecy has kept him focused on his dream: becoming Cassius Tae. 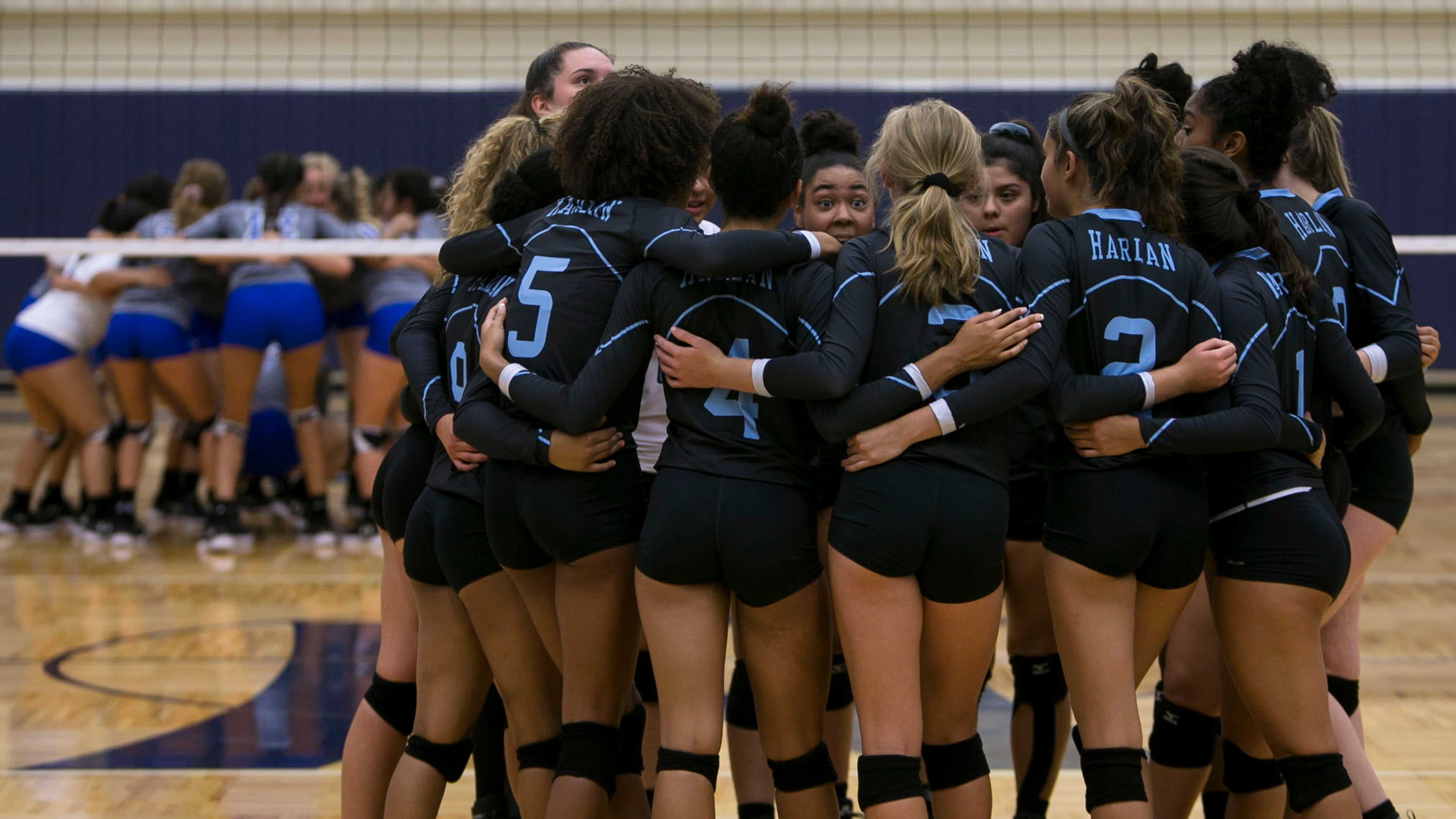 The inaugural season of San Antonio’s John Marshall Harlan High School varsity volleyball was met with over 60 young women vying for a spot on the team. The first few weeks were critical as teams were decided, rotations tried and perfected, and plenty sing-alongs on the bus to and from the first games for the team. The camaraderie of the team shows on and off the court as they build their first varsity team together. 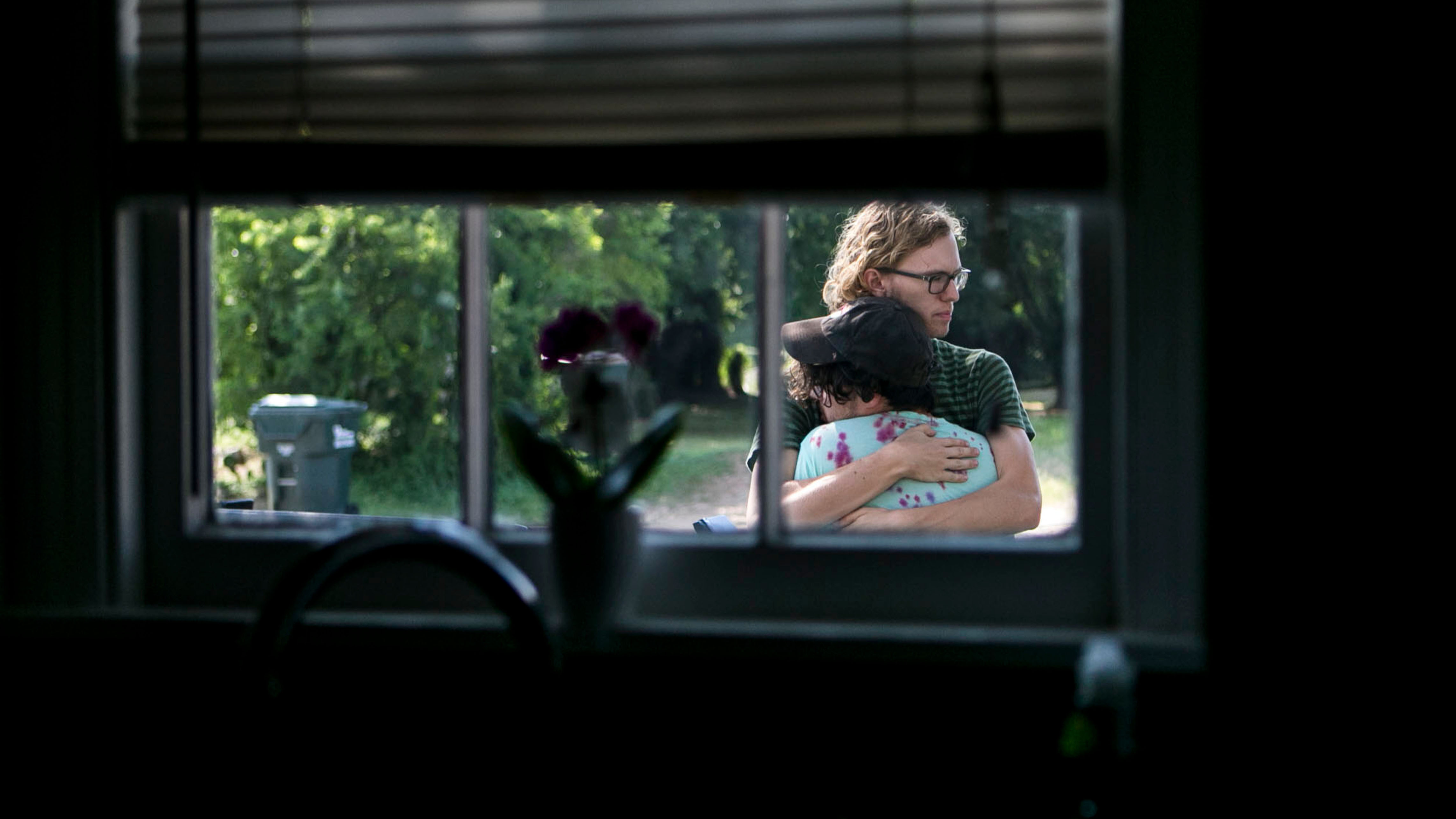 Moving Forward Among the Ashes

Early on Friday morning July 20, 2018, a fire broke out in Iconic Village, an off-campus student housing complex two blocks away from Texas State University in San Marcos, Texas. Five people perished and around 200 were misplaced in the fire that destroyed an entire apartment building and damaged more. As the town of San Marcos, Texas, steps up to help, those who lost everything cling together, shell-shocked, as they move forward. 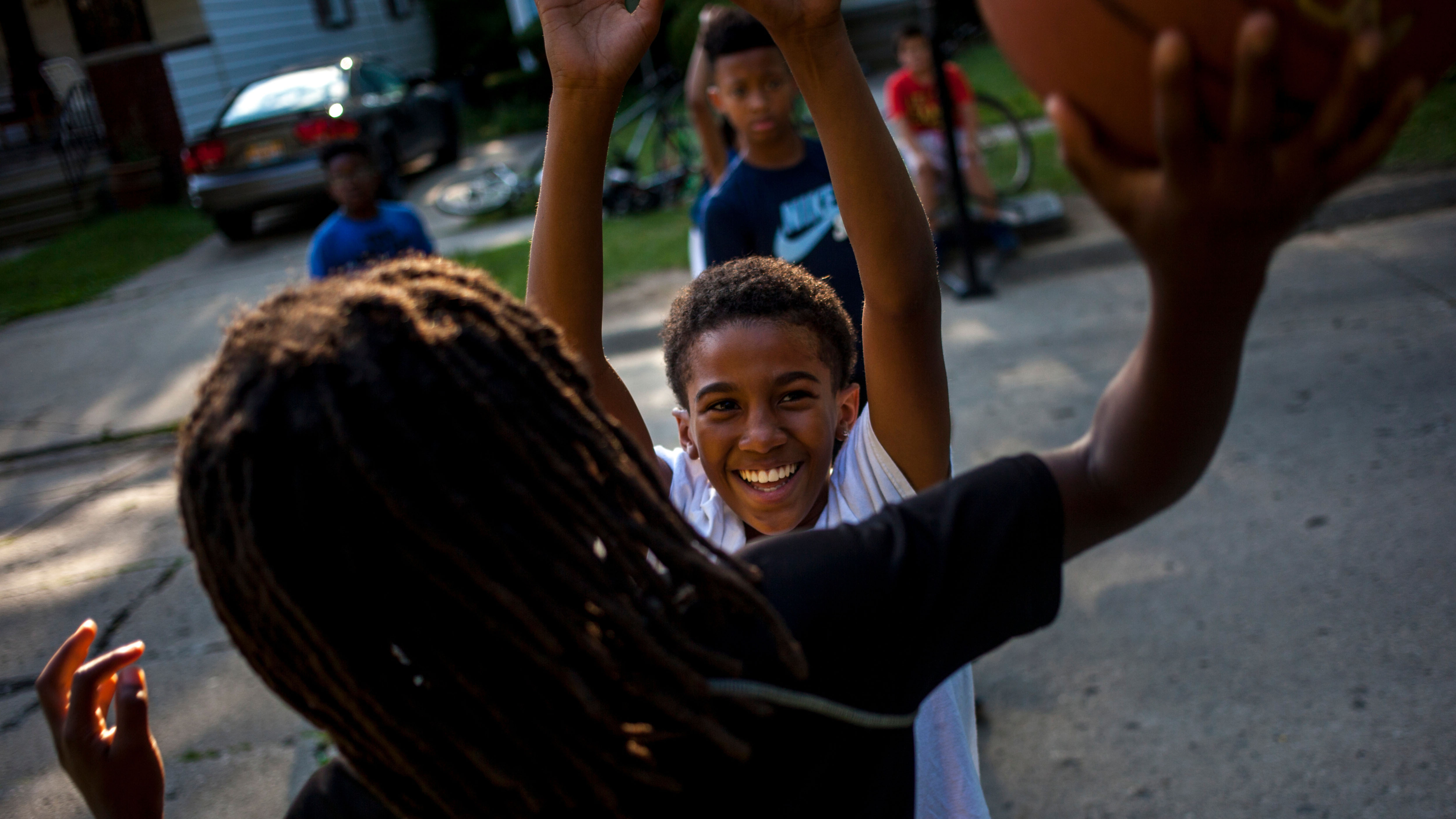 Faces of Basketball in Saginaw

The streets of Saginaw, Michigan transform into basketball courts for the neighborhood come afternoon. The games bring young people together as they build relationships and show off their skills on the court as the sun sets. The community formed through basketball is invaluable as these young men navigate growing up with one another. 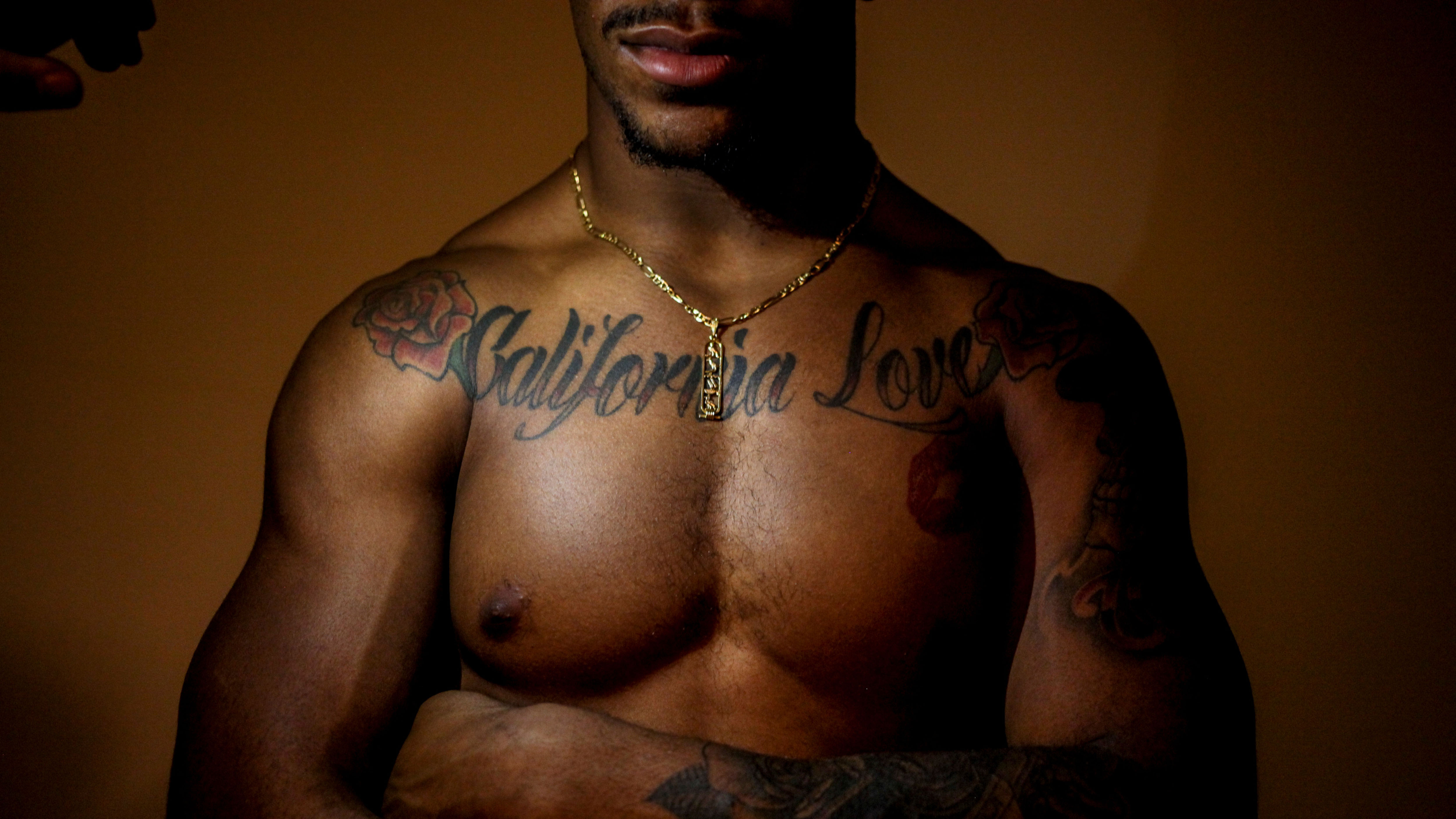 A collection of documented moments that reflect how I see the world. 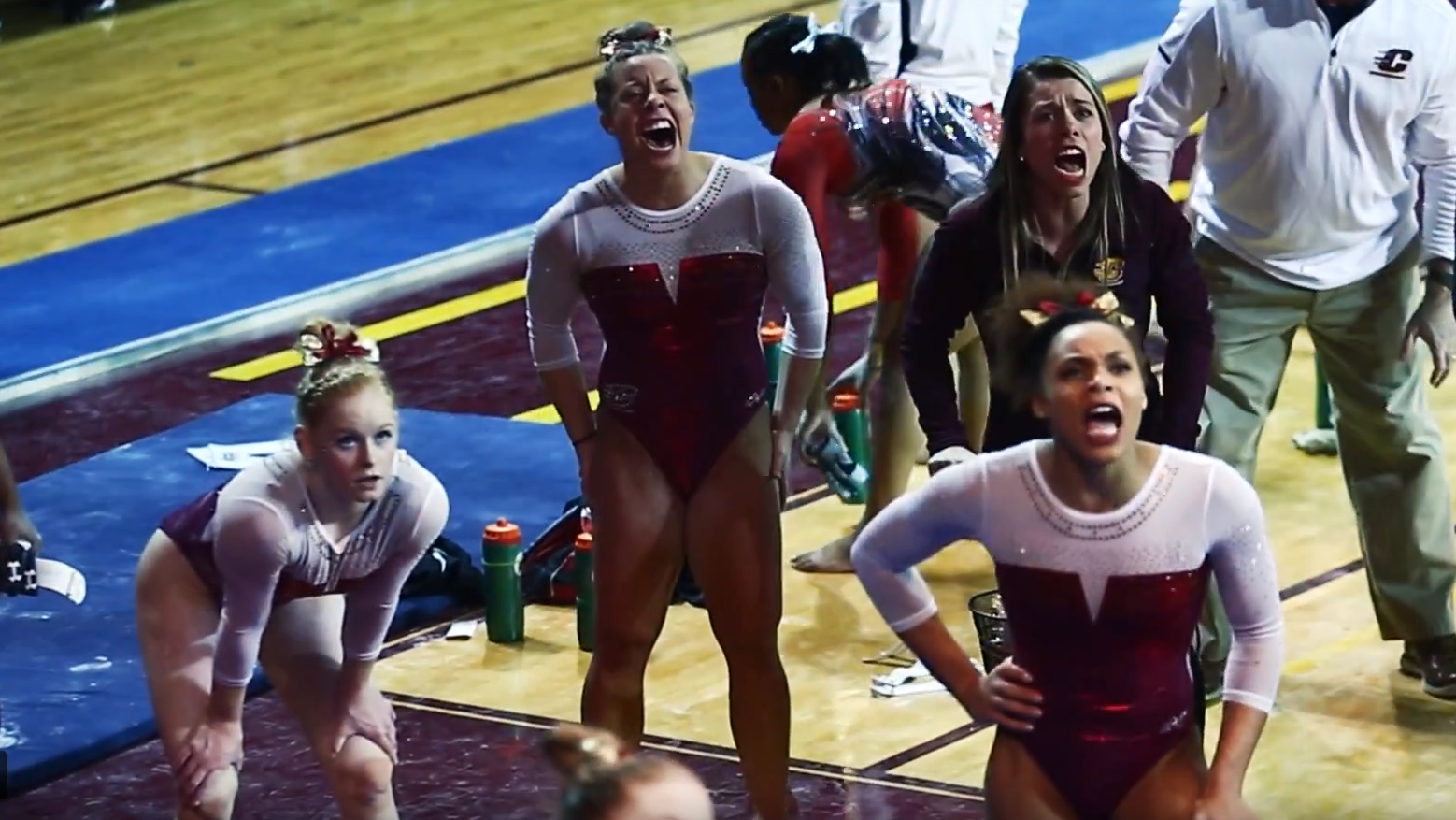 Defying Gravity/ Empowerment in the Air

From the moment that 5-year-old Katy Clements found her way on top of a playground swing set, her fearlessness has brought her far in gymnastics.

“I think the fact that I could try new things every single day as a child and run free really got me hooked,” says Clements.

The Gainesville, Georgia native walked onto the Central Michigan University Women’s Gymnastics team in 2015 and explains that the fact that her coaches were willing to take a chance on her and didn’t lose faith changed her life.

Most of gymnastics are mental, Clements explains, having confidence makes all the difference when you’re in mid-air. During her four years at Central, she really honed in on developing that confidence that will stay with her for the rest of her life.

As a senior on her team, Clements is a natural leader and does everything she can to be there for her teammates. She credits her leadership skills to gymnastics.

“It teaches you how to be a leader and how to go out and empower others,” Clements explains.

The sixteen girls on the gymnastics team are more than just teammates to Clements, who lives with four of her fellow gymnasts, they truly are family to her.

Looking forward past graduation, Clements is proud of her accomplishments at Central but hopes to find something new to fulfill her competitive side and passion she has for gymnastics.

“I think my heart will always be a part of the sport,” she says with a grin.