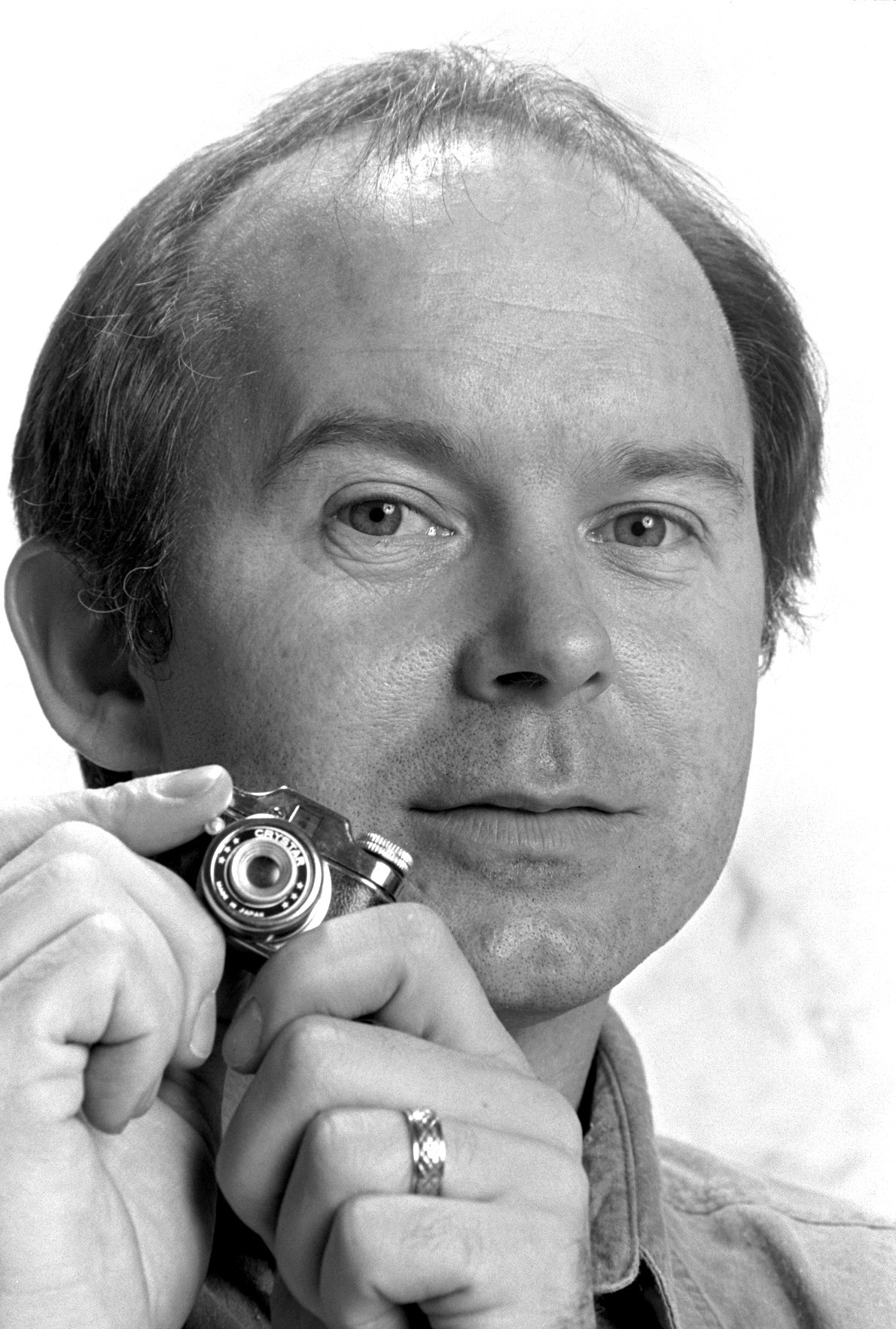 Photojournalist Jimi Lott was known for his care for the less fortunate and for his visual sense of humor. He died in 2005 at age 52. His death was ruled a suicide.

“Stories about the down-and-out — the poor, the homeless, the mentally ill — were closest to Jimi’s heart,” said Seattle Times Metro Editor Jim Simon, who, as a reporter in the late 1980s, worked with Mr. Lott on a series about the state’s troubled mental-health system.

“His compassion and empathy came across both in his photography and the genuine concern that he had for what these people often endured,” Simon said. “We would often go with families to visit their relatives at Western State Hospital — an incredibly grim place. Jimi would often spend hours there, getting to know the patients and the families as people before he ever snapped a photo.”

Lott’s honors for the series included the 1989 Cowles Cup, named for William Hutchison Cowles, former publisher of The Spokesman-Review.

Times Managing Editor David Boardman said, “Jimi was a marvelously creative photojournalist who saw the world with childlike curiosity. For two decades, our newspaper, and our readers, were the beneficiaries.”

For four consecutive years (1985-88), Lott won the Reid Blackburn Memorial Award for outstanding achievement in feature photography. The award, part of the annual Associated Press Northwest Photography Contest, is in memory of Reid Blackburn, a 27-year-old photographer for The (Vancouver, Wash.) Columbian killed in the May 18, 1980, eruption of Mount St. Helens.

Lott was photographer on the investigative team whose coverage of safety problems with the rudders on Boeing’s 737 jetliners won a Pulitzer Prize in 1997.

He won 18 awards in the Pacific Northwest Excellence in Journalism Contest of the Society of Professional Journalists, Sigma Delta Chi; 10 awards in the annual Associated Press Northwest Photography Contest; and first place in the feature category in a 1992 state photojournalism contest for prep sports.

In 1988, he won several honors in the 45th annual Pictures of the Year competition at the University of Missouri, including a first place in news-picture story for his photographs in a special section on the homeless and an award of excellence for a feature-picture story on cowboys.

Before coming to The Seattle Times, Lott was a 1984 finalist for a Pulitzer Prize in spot-news photography at The Spokesman-Review for a photograph of a young boy being comforted by a firefighter after an apartment-house fire.

Cole Porter, former Times director of photography, said, “Jimi Lott’s photographs were unmistakable because they looked into his subject’s soul. Great photojournalists have a passion for their craft and compassion for their subjects. This describes Jimi Lott.”

Porter said Lott sometimes gave money or toys to needy people he would encounter on his assignments, and he built computers to give to those in need.

After his death, professional colleagues held silent print auctions and gathered donations to establish the annual NPPF scholarship in his name.

Jimi Lott was born in Pontiac, Mich., and raised in San Diego.

“He was just a little kid when a friend of ours gave him a camera and he just loved it,” said his sister Trudy Johnson, of Wenatchee. “He loved taking pictures and making little 8-millimeter movies. He would gather all the neighborhood kids around and make movies.”

In the early 1970s, Mr. Lott attended San Diego City College and Southwest Oregon Community College, getting his first photo job in 1972 at The World in Coos Bay, Ore., where he later worked at the Bay Reporter.

In the late 1970s and early 1980s, he worked as director of photography at the Skagit Valley Herald in Mount Vernon and then the Yakima Herald-Republic. In 1982, he went to The Spokesman-Review, where he was chief photographer before coming to The Seattle Times two years later.

He left the newspaper in 2004 to pursue work in photo illustration.

“A few years ago, he played drums in my garage band,” said Times reporter Alex Fryer. “He used these small diameter sticks because he pounded the skins so hard. He’d always complain about his back or his blisters, but when he played, man, he totally rocked. He was a very, very talented musician.”