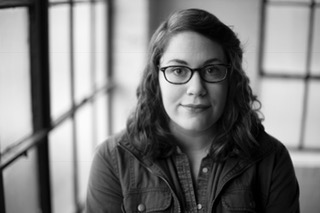 The Board of Directors of the Northern Short Course in Photojournalism is pleased to announce Sarah Ann Jump is the recipient of the 2017 Michel du Cille Memorial Scholarship. Jump, a 2015 graduate of Rochester Institute of Technology’s photojournalism program, is currently a staff photographer at The Dubois County Herald in Jasper, Indiana.

The judges had a wide selection of high quality applicants to choose from. Scholarship judge Nikki Kahn said of Jump’s images, “Sarah’s thoughtful approach to her subject and storytelling makes her the recipient of this year’s Michel du Cille scholarship to attend the NSC. Jump exhibits a level of patience in her image making and understands that putting in the time and gaining the trust of the people he/she is photographing is an important element to being a photojournalist.”

Jump will receive an award of $750 (US) towards travel and lodging, plus a three-day complimentary registration to the Northern Short Course, being held March 2-4, 2017 in Fairfax, VA. The judges for the du Cille Scholarship were Nikki Kahn and Linda Epstein.