The Brown/Folwell Storytelling Scholarship is made possible through funding by James and Rebecca Brown; and Frank Folwell and Sherry Ricchiardi. The scholarship is open to both undergraduate and graduate students studying photojournalism and whose portfolio emphasizes storytelling in still pictures or video. 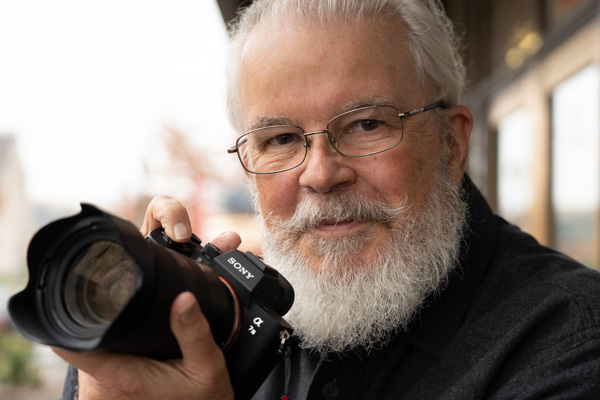 James Brown’s father handed him a camera when he as 10 years old. He has always had one with him since. His first job at Nowell’s Camera Shop in Cape Girardeau, Missouri. He used a 4×5 Speed Graphic to make pictures for his high school yearbook. A graduate of Southern Illinois University-Carbondale with a major in Cinema and Photography, he had one of the first National Geographic internships for college students. Indiana Unversity was home for his graduate studies, where he earned a Ph.D. and M.B.A.

Brown taught film in the broadcast sequence and later chaired the nationally accredited photojournalism sequence at the School of Journalism and Mass Communication at the University of Minnesota. Clients of his Minneapolis multimedia company Brown, Jensen and Garloff included 3M, Honeywell, Tonka and Control Data.

He documented the lives and ceremonies of the Delaware Indians in “Long Journey Home: Oral Histories of Contemporary Delaware Indians,” an award-wining book containing 90 of his photographs, published by Indiana University Press.

After becoming dean of a new journalism program in Indianapolis, he formed the National Institute for Advanced Reporting with the late Andrew Schneider and Sherry Ricchiardi. He held the first national conference in computer-assisted reporting in 1990. This annual conference helped nationalize a new reporting technique that is now standard.

Brown was lead developer and author of the new edition of the Boy Scouts of America’s Photography Merit Badge book. An Eagle Scout and Silver Beaver, he teaches workshops on visual storytelling most recently at Philmont Scout Ranch in New Mexico.

Brown is director of scholarships and awards for the National Press Photographers Foundation and serves on the Board of Directors. 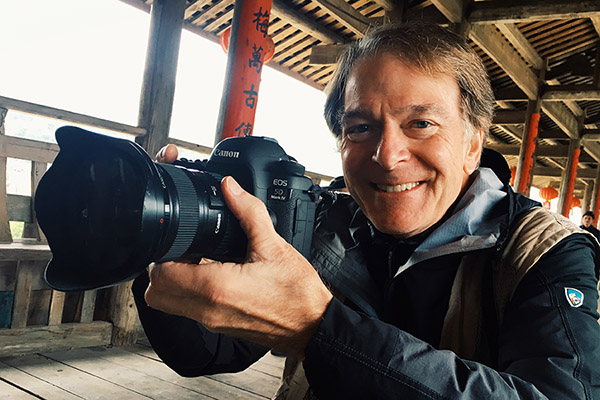 Frank Folwell, a Washington, D.C.-based photojournalist, specializes in helping media organizations improve visual communication. For 20 years, he was a top editor in USA TODAY’S photo and graphics department, directing photographers, picture editors and artists while pioneering the use of new technology. Folwell is a member of the Fulbright Specialist program, developed by the U.S. Department of State’s Bureau of Educational and Cultural Affairs, and serves as treasurer for the National Press Photographers Foundation.

While at USA TODAY, he covered major news events, including conflicts in Somalia and the Balkans, collapse of Soviet Union and U.S. presidential campaigns. He directed photo coverage of the wars in Iraq and Afghanistan.

Over two decades he planned Summer Olympics coverage for the newspaper
and served as consultant to the Beijing News in 2008 when China hosted the summer games. He has led and participated in workshops on newsroom management, photography, and ethics throughout China.

In 2011, he was a visiting professor at China’s Shantou University and served as a judge for the prestigious China International Press Photographers’ Contest.

He has worked as a media trainer in more than a dozen countries, from
Yemen and Pakistan to Armenia and Colombia.

Folwell has conducted workshops at Zagreb University and Dubrovnik University in Croatia, and American University of Kyrgyzstan.

He holds degrees from the University of Missouri School of Journalism and Augustana College in Illinois. He was photo director at the Des Moines Register, a prize-winning newspaper in the Midwest, before going to USA TODAY.

Folwell is treasurer of the National Press Photographers Foundation and serves on the board of directors.