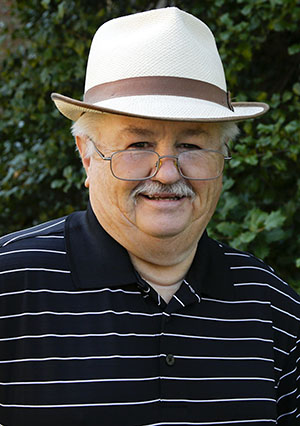 Bill Luster began his career as a newspaper photojournalist in 1965, when he joined the staff of The Glasgow Daily Times, his hometown newspaper. Four years later, Luster moved to Louisville where he started working for The Courier-Journal and The Louisville Times, eventually serving as director of photography, photo editor, and chief photographer. Spanning more than five decades, Luster’s photographic pursuits have meant covering local news issues, exclusively meeting and photographing a number of US presidents, and travel and landscape photography all over the world. Luster has covered 47 Kentucky Derbies, four political conventions, four inaugurations, and was an official photographer for the inauguration of President George H.W. Bush. In addition, he has enjoyed exclusive access to four United States Presidents: Gerald R. Ford, Ronald Reagan, Bill Clinton, and Barack Obama. Two photo essays in The National Geographic add to his extremely accomplished collection as well as other photos that can be found in Time, Fortune, Sports Illustrated, Newsweek, Life, and the New York Times Magazine. Luster’s photographs exhibit an unfailing artistry of design and composition, coupled with humanity and a deep sense of history. Whether working in color or black and white, his photographs distill the essence of the place, the event, and the emotions of his subjects with high drama and perfect timing. He is the quintessential photojournalist.

Born in 1944 in Glasgow, Kentucky, Bill Luster has been the recipient of many awards and honors for his photography. Preceding the Joseph Sprague award, which he received in July of 2010, Luster was awarded the title of Sports Photographer of the Year from the Kentucky News Photographers Association at Western Kentucky University, which had previously named him Visual Journalist of the Year in 2000. He was president of the National Press Photographers Association in 1993-1994. Also in 2000, the National Press Photographers Association (NPPA) awarded Luster the Joseph Costa Award for Innovative Leadership. Luster also received the Clarion Award for Environmental Reporting for work produced in Europe in 1984. He won a Pulitzer Prize in 1976 for Feature Photography along with eleven other members of The Courier-Journal and Louisville Times photography staff for coverage of court ordered busing In 1989 the news and photography staff was awarded for Local Reporting Pulitzer Prize for their coverage of the nation’s worst drunk-driving accident, which occurred in nearby Carrollton, KY. In 1982 he was a finalist for Newspaper Photographer of the Year. In the spring of 2012 he was inducted into the University of Kentucky Journalism Hall of Fame.

Bill Luster currently lives in Louisville, KY, with his wife of thirty-six years, Linda, and their dog, Charlie. Their son Joseph lives in Hoboken, New Jersey and is a freelance writer.