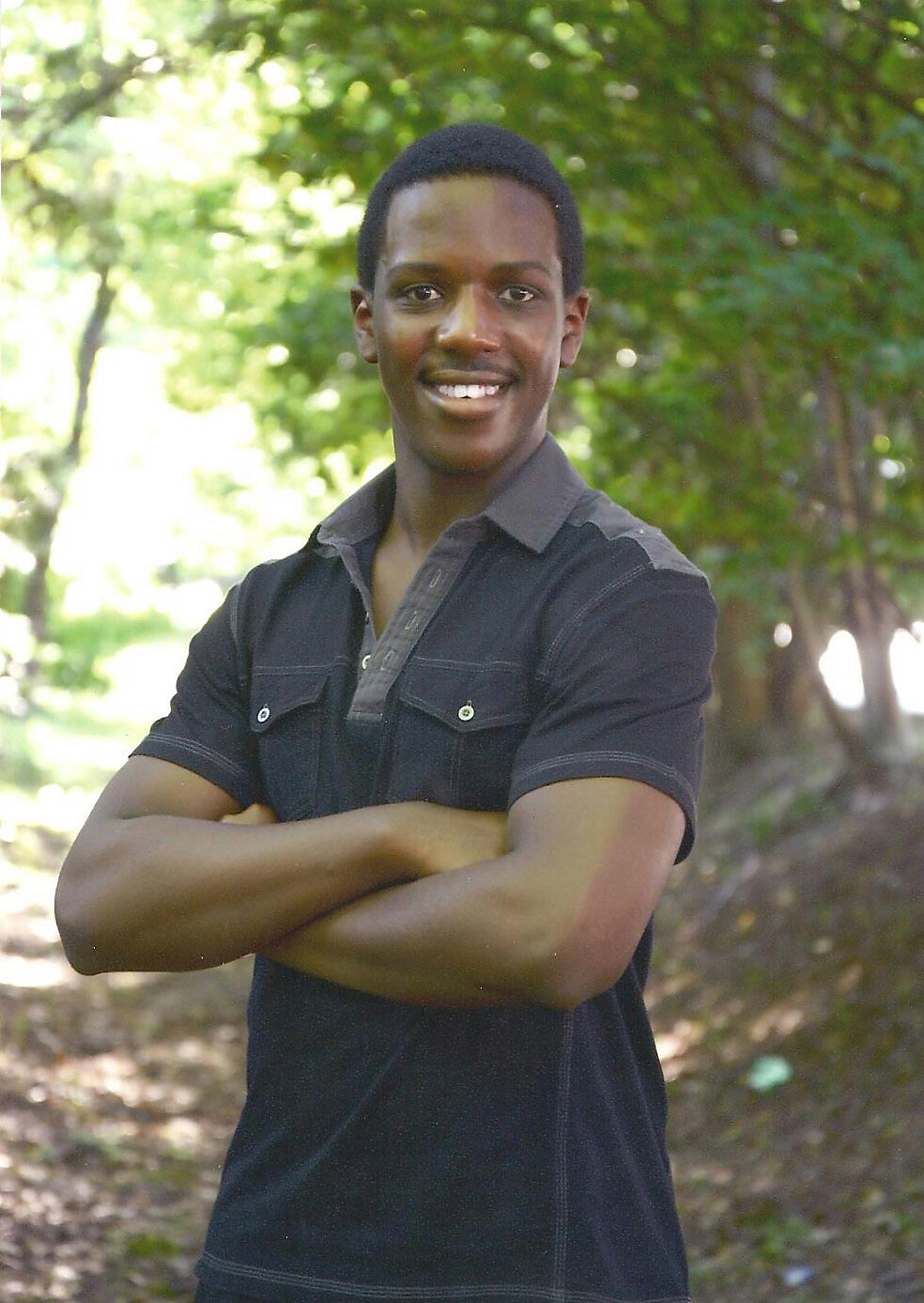 Accomplishments
Just after leaving my high school TV station as the voice talent and head anchor of the program, I immediately pursued the broadcasting program at the University of Memphis and became an on-air talent and host of my own show at the campus radio station, WUMR (one month after graduation and two months before my first college semester). When the semester finally began in Fall 2017, I hit the ground running first by learning the AP-style well enough to write freelance articles regularly for the campus newspaper, The Daily Helmsman.

While I was working for the paper and WUMR, I was simultaneously in contact with the television broadcasting professors in my department long before the semester began. They were impressed enough by my past work to allow me to work with and produce content for the campus TV program, Tiger News, a program usually reserved for journalism juniors and seniors. Just a few weeks into the semester, the chance to display my broadcast skill set at the UofM came about when I shot, edited and reported on a campus event for my first UofM package. Again, my professors and students alike said they were impressed by the level of content I produced as it was on par with much of the senior work.

By my second semester, I was officially added on to the Helmsman staff as a reporter and photographer, a position that is generally reserved for sophomores. It was in my second semester that I also began recording freelance voice overs for the promotional needs of the UofM’s administrative marketing team.

By this point I was beginning to refine new skills in graphic design, allowing me to pursue work as a freelance publication designer. It was also during my second semester that I had become a recognizable name throughout my entire journalism department among professors and students as well as the heads of the fine arts college as a whole.

This favor was reflected in the journalism department’s banquet/award’s ceremony at the end of semester where I was awarded a scholarship and the second place best writing award for my article about the usage of the “N-word” on campus, placing just behind the first place story written by the editor-in-chief of the Helmsman himself. It was also at the banquet that I received the award for “Journalism Rookie of the Year. “

Soon after, I was offered the position of assistant producer of the journalism department’s documentary “Once More at the River: From MLK to BLM” by my broadcasting professors. In this position, I’ve been able to sharpen my shooting and editing skills, interview important city figures and have a high-level say in the overall film.

The most influential promotion; however, came in the summer after my freshman year, when I was promoted to executive producer of Tiger News. This position has granted me great leverage in the department at the administrative level and allowed me to lead Tiger News and its members in an upward direction.

Career Goals
I want to take everything I learn from the University of Memphis and create amazing things right from my imagination. I want to tell incredible stories and be able to articulate the many ideas every day into content people can see and understand. I want to work in broadcasting and make all kinds of work that inspires and connects with people while fulfilling me on the inside.

That’s why I work so hard and put so much into what I do at the UofM. I find that broadcasting is a career path unlike being a doctor, lawyer or engineer where the degree is mandatory for a job, validates your work and proves you’re knowledgeable about what you do.

No, broadcasting is the opposite. It’s all about the hard work you put forth every day in and out of the classroom because you have to validate that degree you’re getting and prove that it is worth the time. I put in so much extra time, take extra courses and try so hard to standout because I want to walk out of the University of Memphis the most talented and versatile broadcaster the city has to offer, not just another journalism graduate with a couple of AP-style skills and a bit of camera know-how.

That is a goal that starts now and one I am starting to live every day with the peers in my department. I know that is also a goal employers are looking for and one I will take beyond my university.

My career goal is to be a versatile, multi-faceted broadcaster who directs and produces a range of content for all types of audiences. A high, administrative goal such as this one seems high, but I know if I stay on the right path that I am on, I will achieve it.

Leadership Essay
While I am a youth leader at my church and a lead counselor for the Special Olympics Memphis, I believe my leadership experience is most apparent through my position as executive producer of Tiger News. This position first put me in a place where I was the primary content producer, meaning all of our circulating content was shot and edited by me. Now that recruitment has come to a close, my role has become one of organization and support.

More specifically, my job now is to create Tiger News’ goals and to direct my personnel in a fashion where they can achieve these goals. However, with a group of over 30 journalism and film students who have varying degrees of knowledge and skill, this job means more than simply giving out assignments for my team members to complete.

For many of my people in Tiger News, my job means I have to sit down one-on-one or in groups and explain how to use equipment and editing software, how to write stories or how to market on social media. Much of my position consists of going over assignments and making sure each team member has a hands-on way to learn the skills they need.

Although much of what I do is teaching, the true leading comes into play when I have to keep Tiger News on track with its deadlines and objectives. This requires me to assign the right people to certain assignments and actively monitor them to make sure the job gets done. That also means making quick, crucial executive decisions – especially during shoots and sporting events – in order to make sure we reach the desired product.

Along with instructing team members individually, I constantly have to keep the entire group informed via email or group messaging apps to make sure everyone is on the same page. To do that, I’ve got to be on top of what everyone is doing, which generally means micromanaging and appointing leaders over certain groups.

My role also requires that I be able to collaborate with different departments to obtain mutually beneficial agreements. For example, Tiger News works with our campus PR firm to handle its advertising and branding giving their students experience and giving our organization exposure. Furthermore, I am even working on agreements with a local city-affiliated television station outside of the university that will let us use their studio in return for content.

I also step in regularly to assist or shoot and produce content myself, especially group projects such as “The DH Postgame” our experimental, TMZ-style sports show. I do this to make sure all of our content stays at a professional level and new projects we are testing out run smoothly.

Of course to do and teach all of these things, I have to be knowledgeable in each area myself meaning I am constantly refining and learning new things in my broadcast journalism skill set. I am also aided in my organization and goal-making by my faculty supervisor who has trusted me with free-range of Tiger News operations. 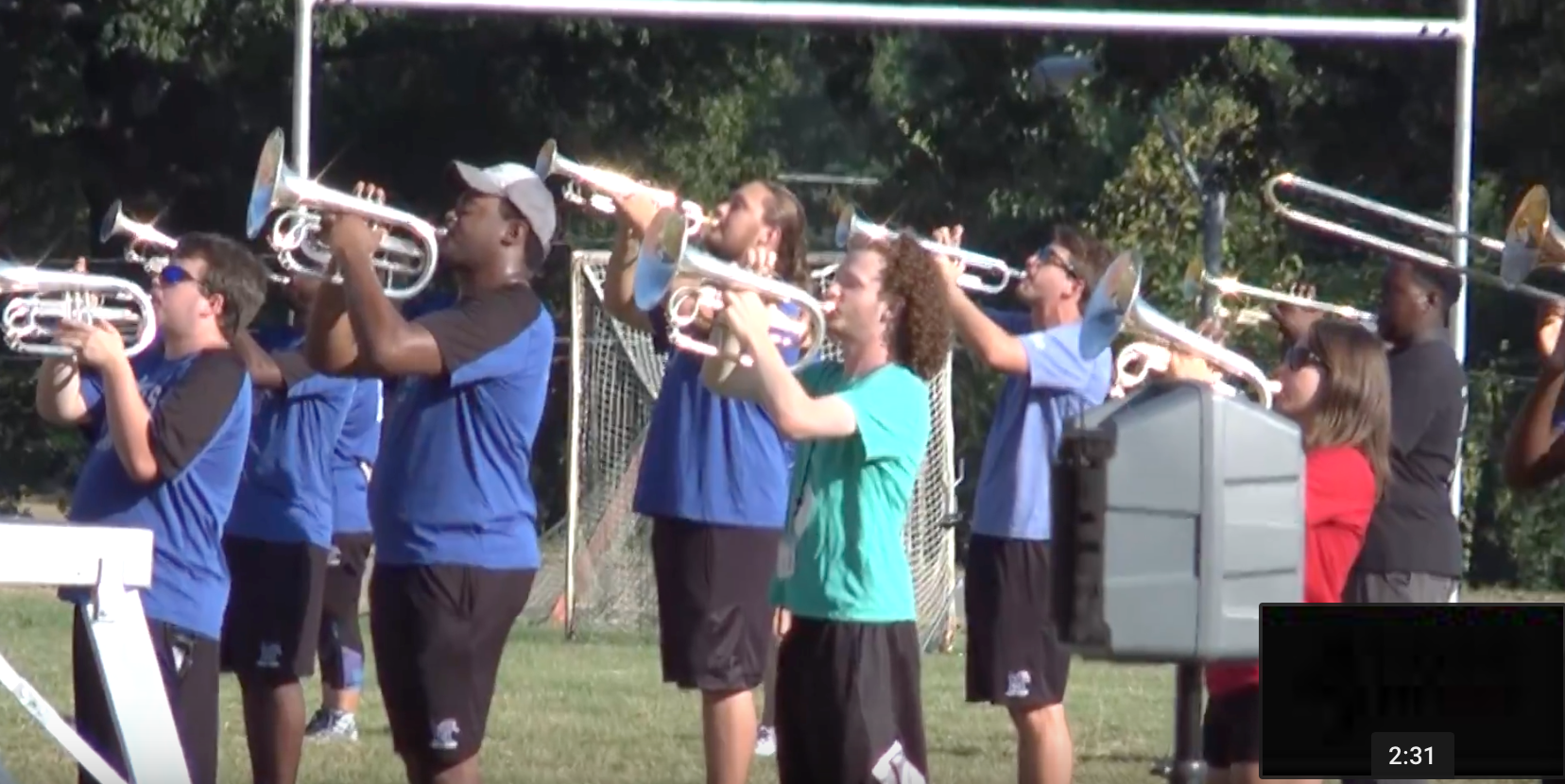 A package on the work and impact of the University of Memphis’ marching band, the Mighty Sound of the South 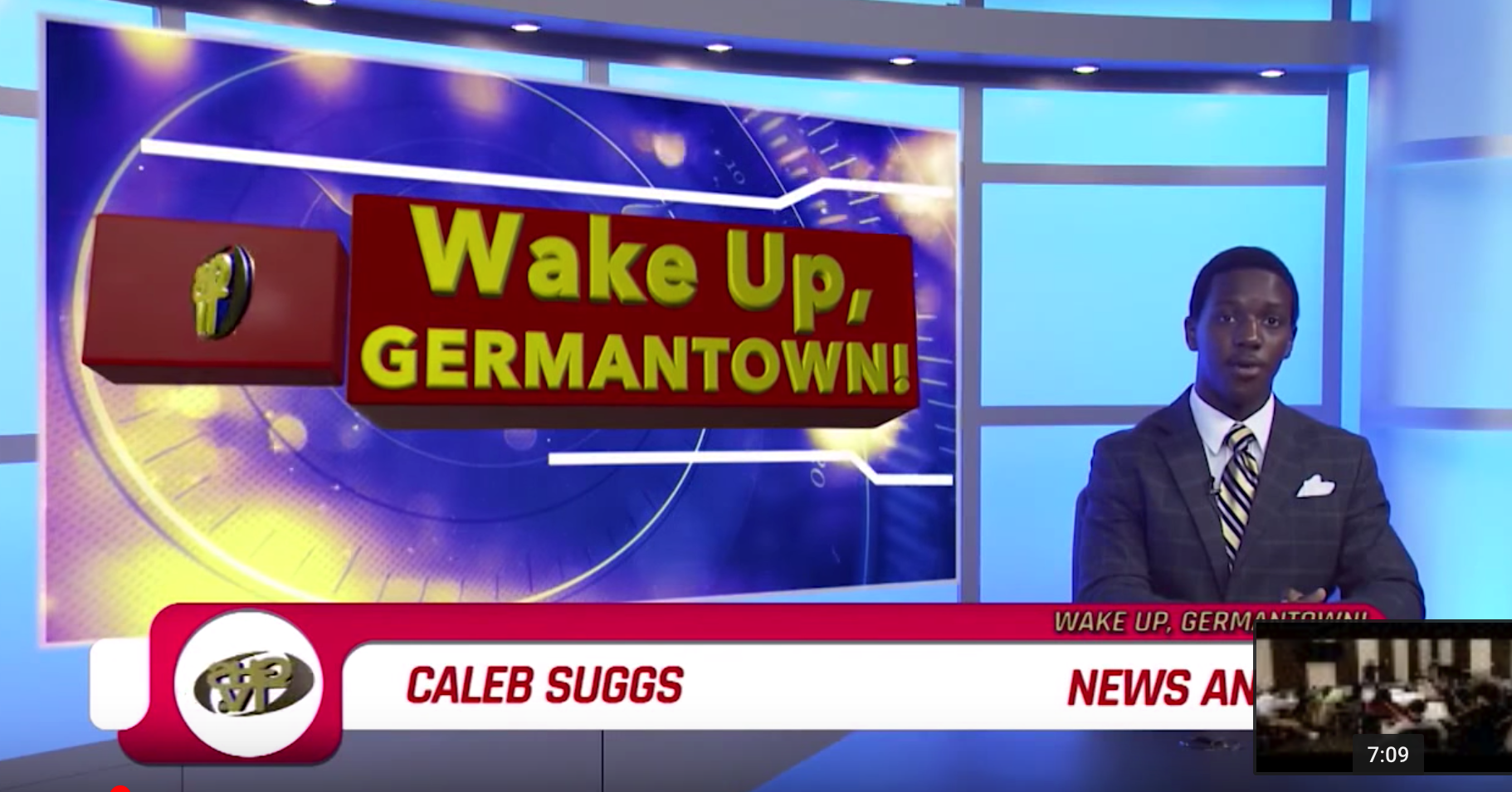 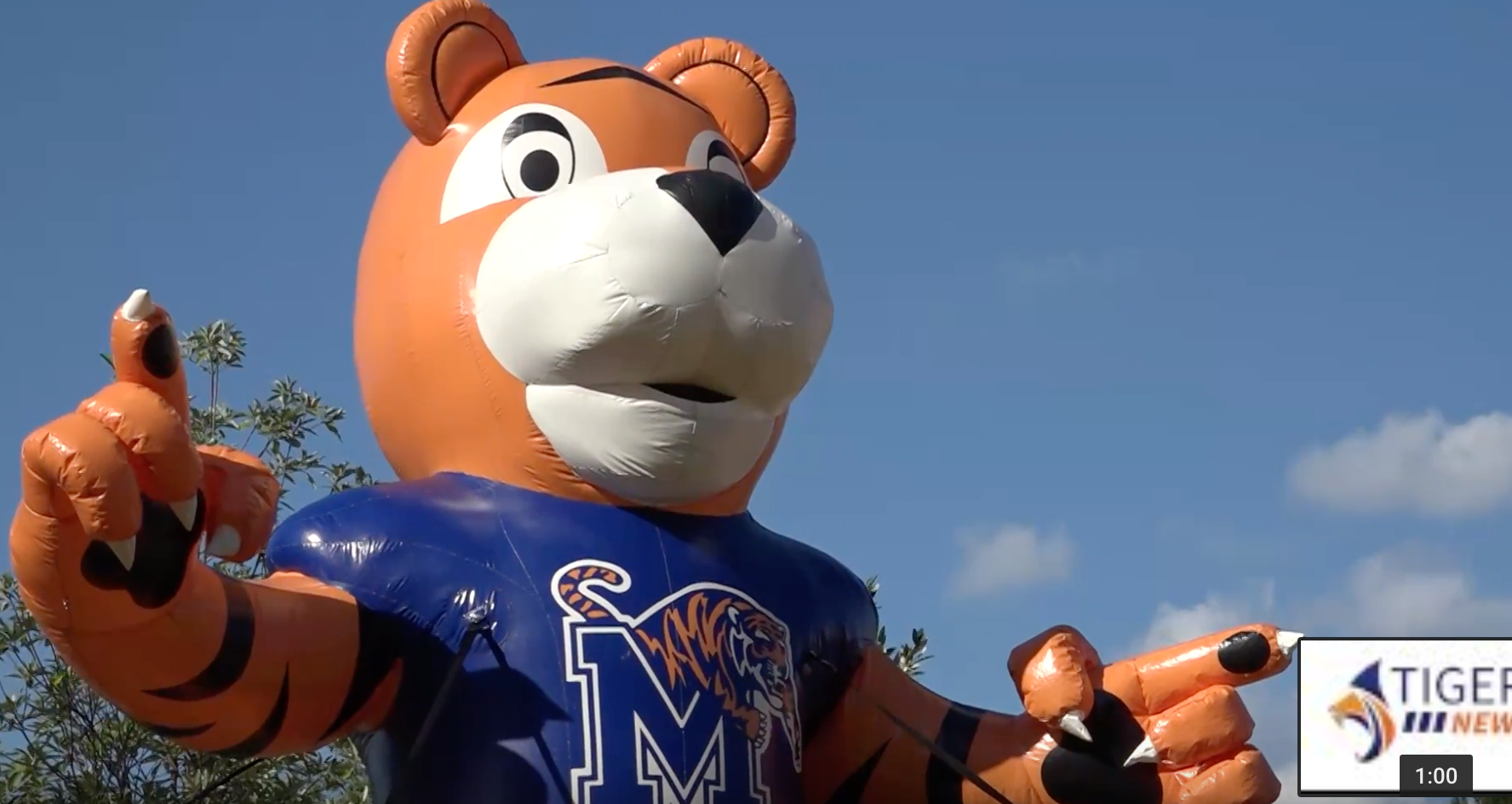 Video highlighting the Involvement Fair on the first day of classes for the University of Memphis’ Fall 2018 semester, featuring interviews from new Memphis freshmen 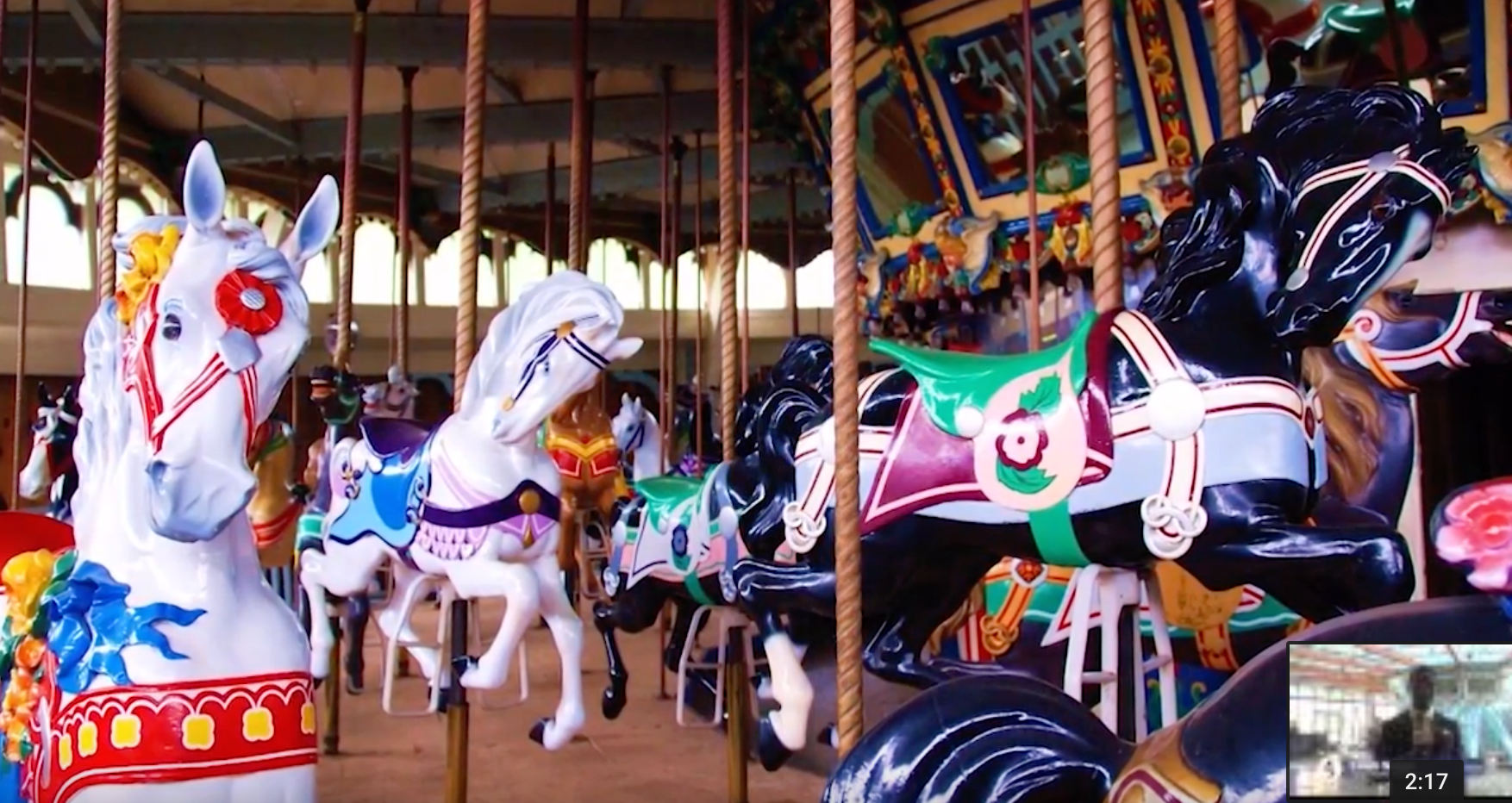 A look at the making and restoration of the Memphis Grand Carousel. 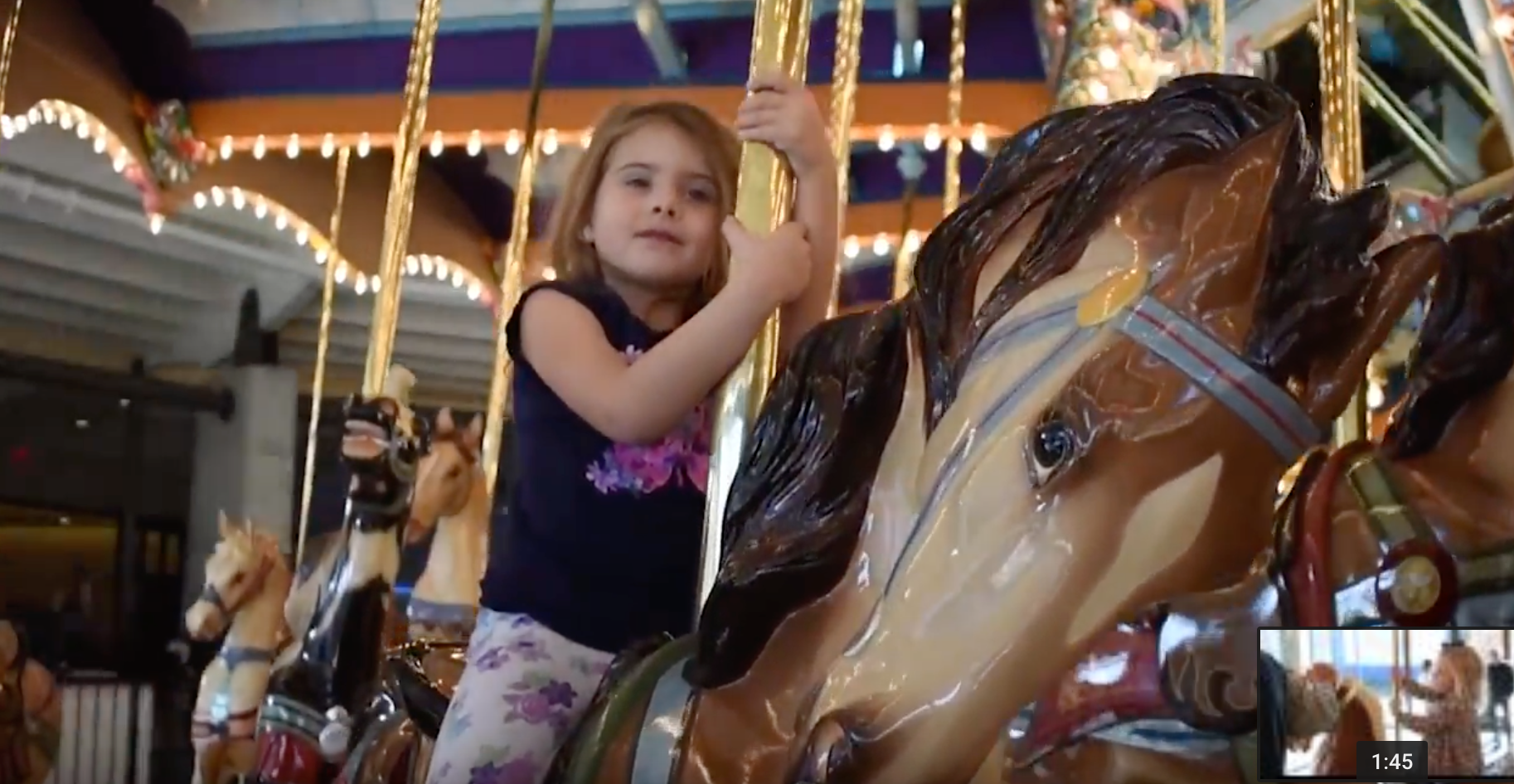 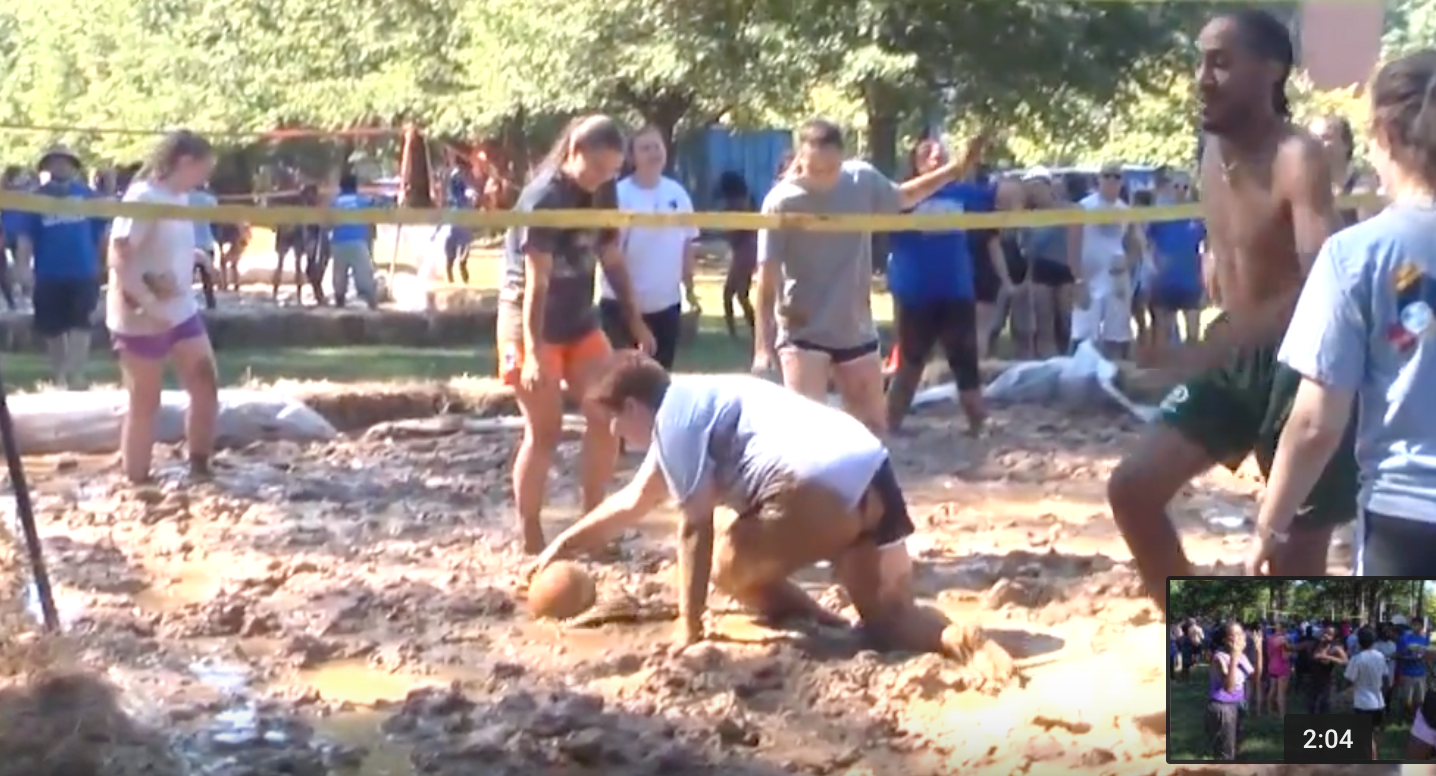 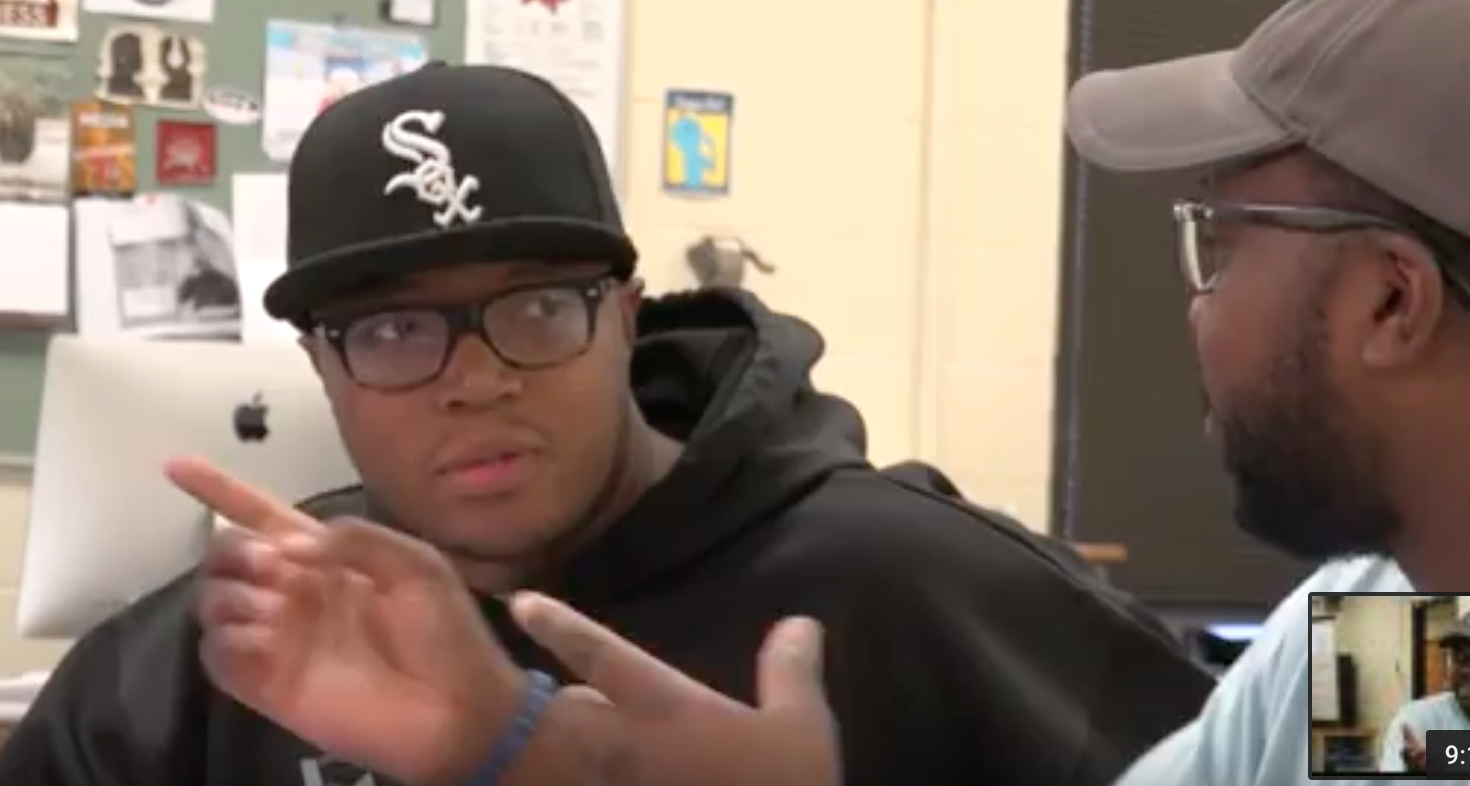 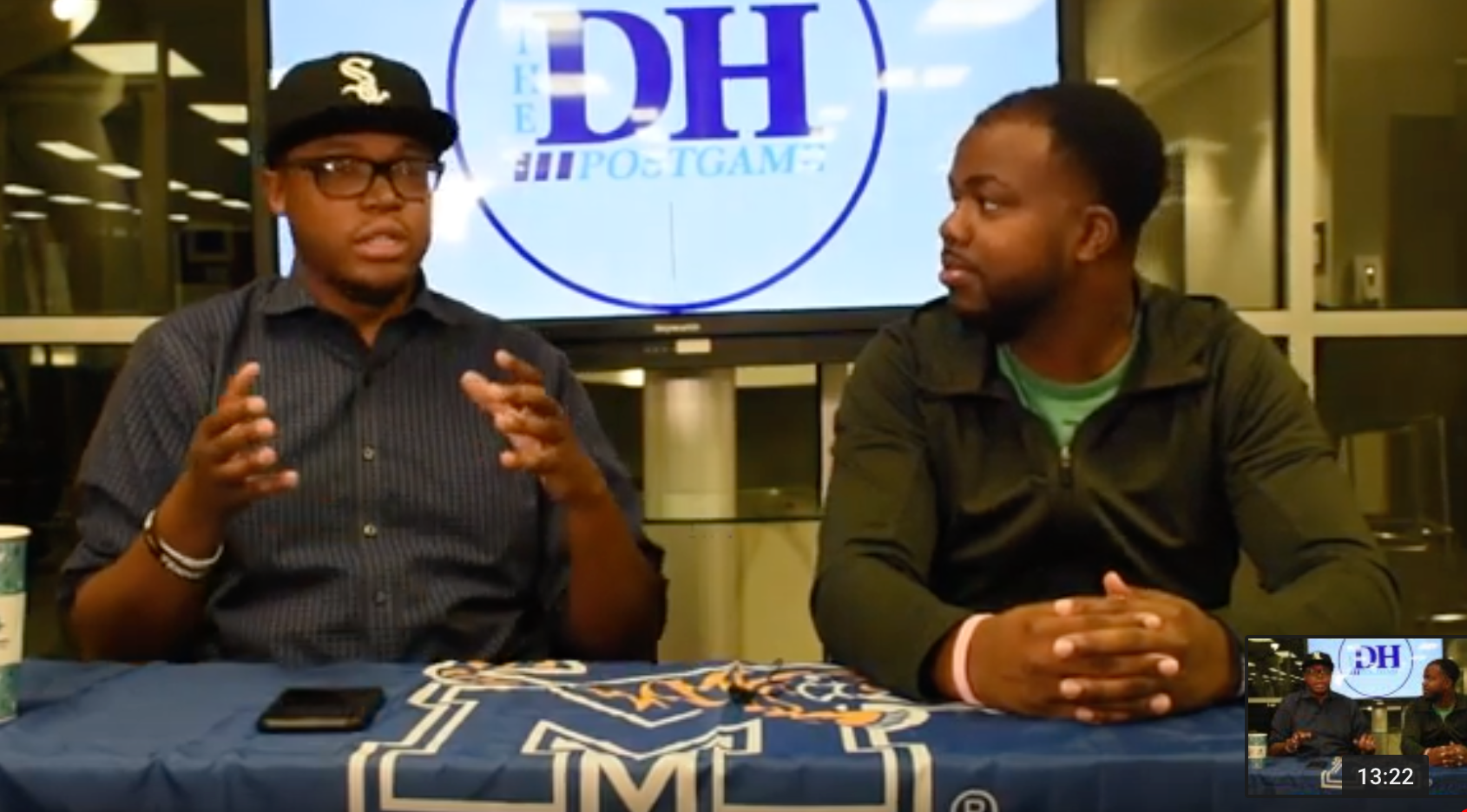 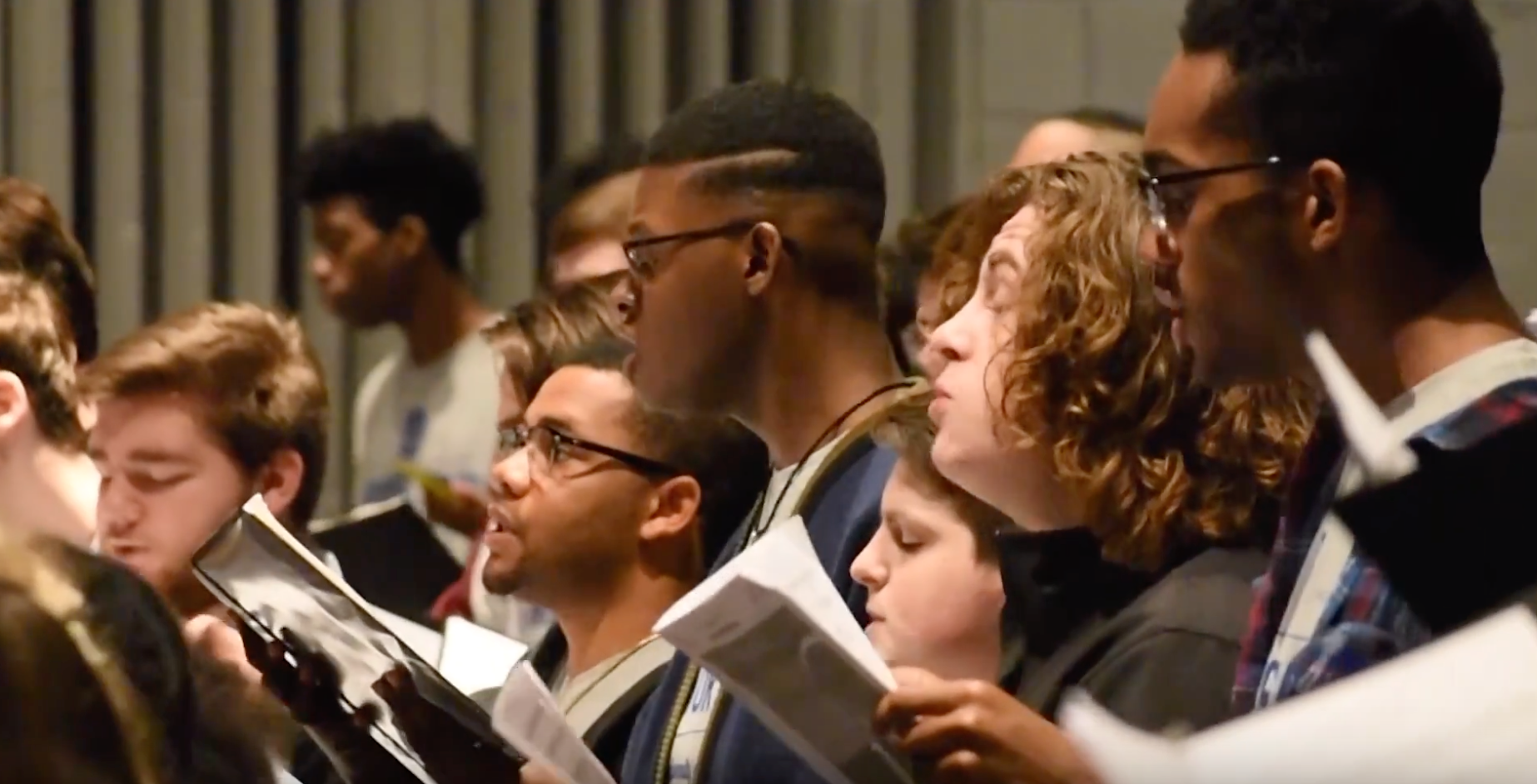 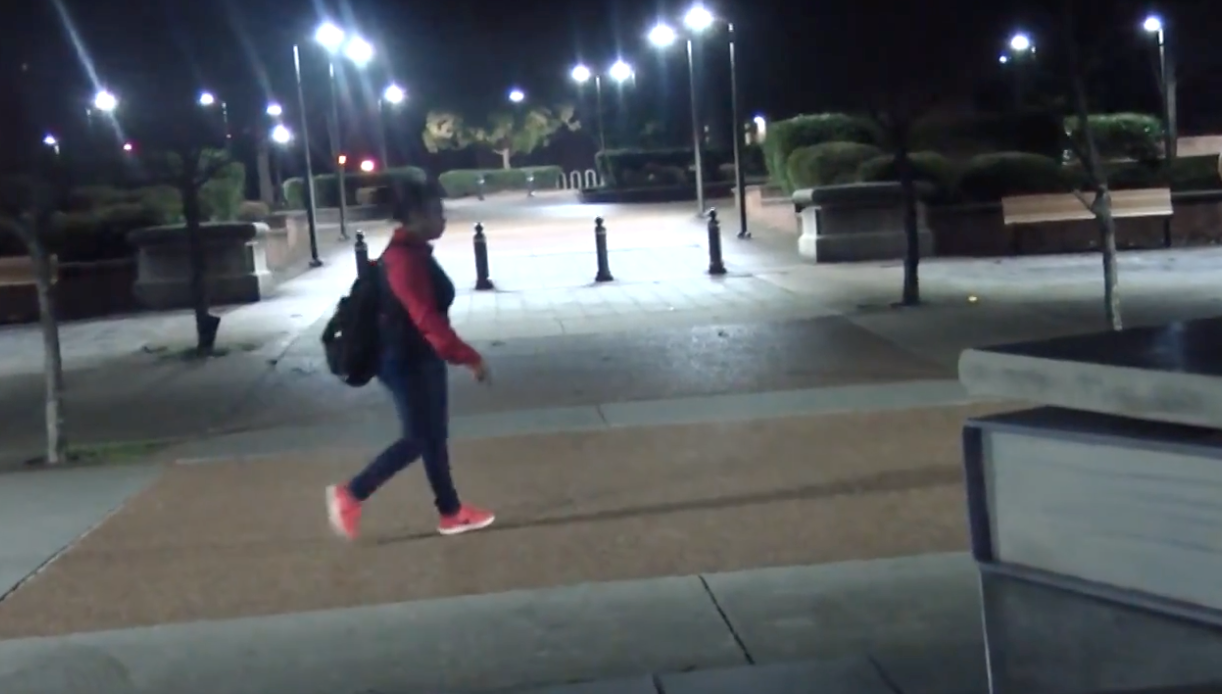