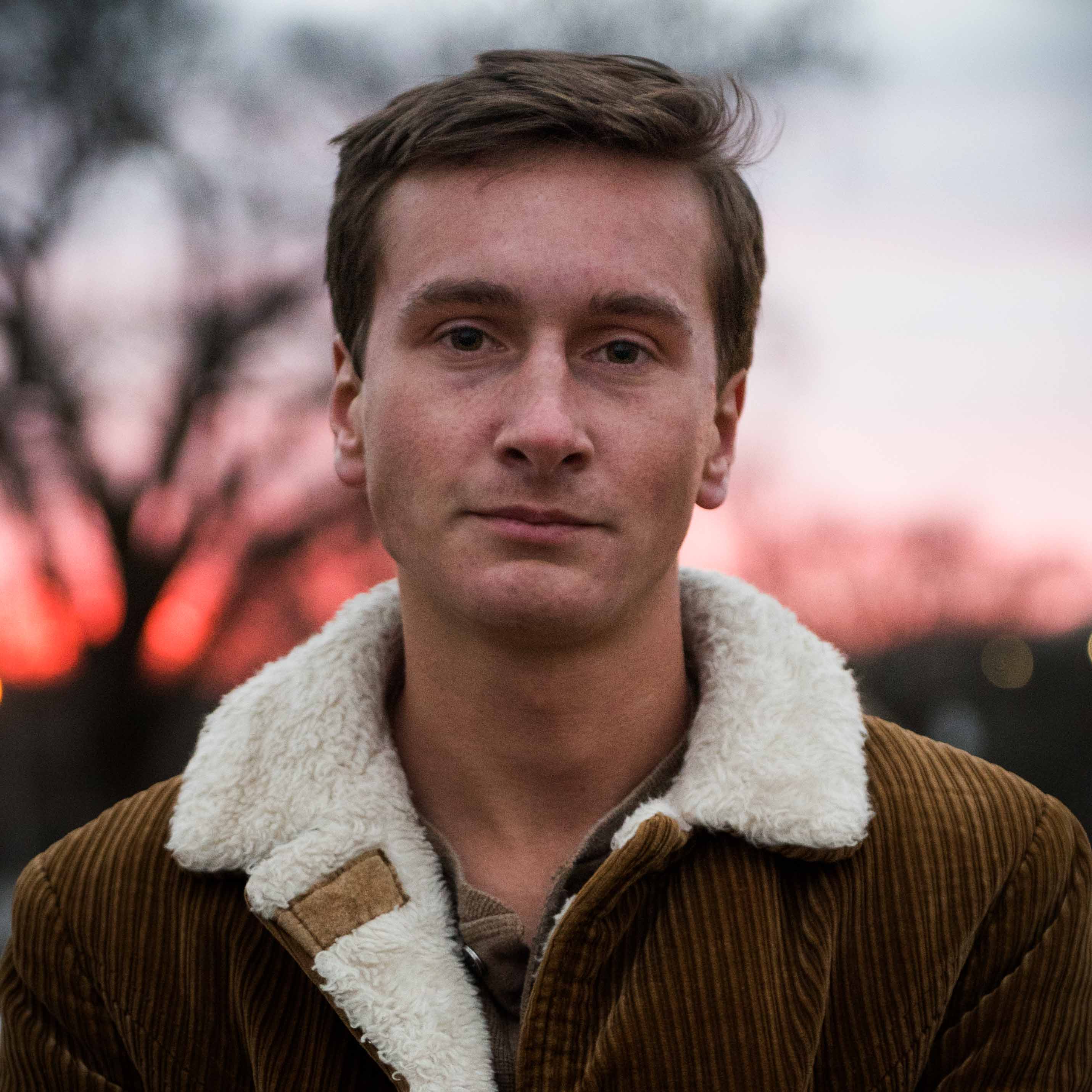 Goals
In good photojournalism, I have found truth and meaning and purpose; I have found myself. My education in this endeavor thus far has been one of trial by fire. For the last two years, I have always felt in over my head, and I would have it no other way. Why do anything with half my heart? On my first summer photo internship in New Mexico I felt unfulfilled at my PR-style job, so I traveled thousands of miles on my days off to document the ongoing water crisis on the Navajo Nation Reservation. The highest highs and lowest lows followed on tough but rewarding days spent immersing myself in a truly tragic story. Nothing could have taught me more than this experience. Nothing could have pushed me like I pushed myself once I understood the importance of what was happening to the marginalized Navajo people.

The next summer, I experienced my first newsroom at the Denver Post where I was immediately utilized like a staff photographer and sent on the road for three thousand miles in my first month. I struggled, I made mistakes, I learned. My editor told me that of all interns he had ever overseen, I had the best attitude. I wanted to learn from my failures. But all of this is generic. My portfolio speaks to my interests and my passion, but this is simply not enough. To receive one of your prestigious scholarships, it should be a given, an assumed benchmark to be able to compose a photograph, enterprise an in depth story, write a beautiful caption, et cetera. I want to do and be so much more than that as a photojournalist, and this wish is inalienably connected to my dissatisfaction with my own work, my own intentions, and the shortcomings of this industry.

In this endeavor to further push the envelope, I have surrounded myself with good people. Good people who recognize where the field of photojournalism and our university programs are falling short. Last month, between proofreading cover letters and resumes, we planned for the 501c3 we are starting in the coming weeks. We had just received grant funding for‚ “New Americans Photograph,” our idea of a program to empower local refugee children by teaching photography. This is our small answer to the harmful homogeneity of the field of photography and a chance to amplify the voices of an important community we have cared deeply about for some time.

Next semester I plan to take an EMT certification course and continue my minor in Arabic language studies at school. The works of Michael Herr, Sebastian Junger, Dexter Filkins, Neil Shea, Lynsey Addario, Tim Hetherington, Katie Orlinsky, Damon Winter, Ashley Gilbertson and others have fostered in me a interest in conflict reporting. While I can never speak to my own readiness for such an undertaking, I know that if I go down this path I want to be an asset to those around me rather than a liability. I would rather be a human than a far-removed journalist. I do not know if this idea will ever be fulfilled, but I know that I want to make thoughtful and personal work wherever this career takes me. I am especially interested in the American South, rural California, North Africa, and the Levant. 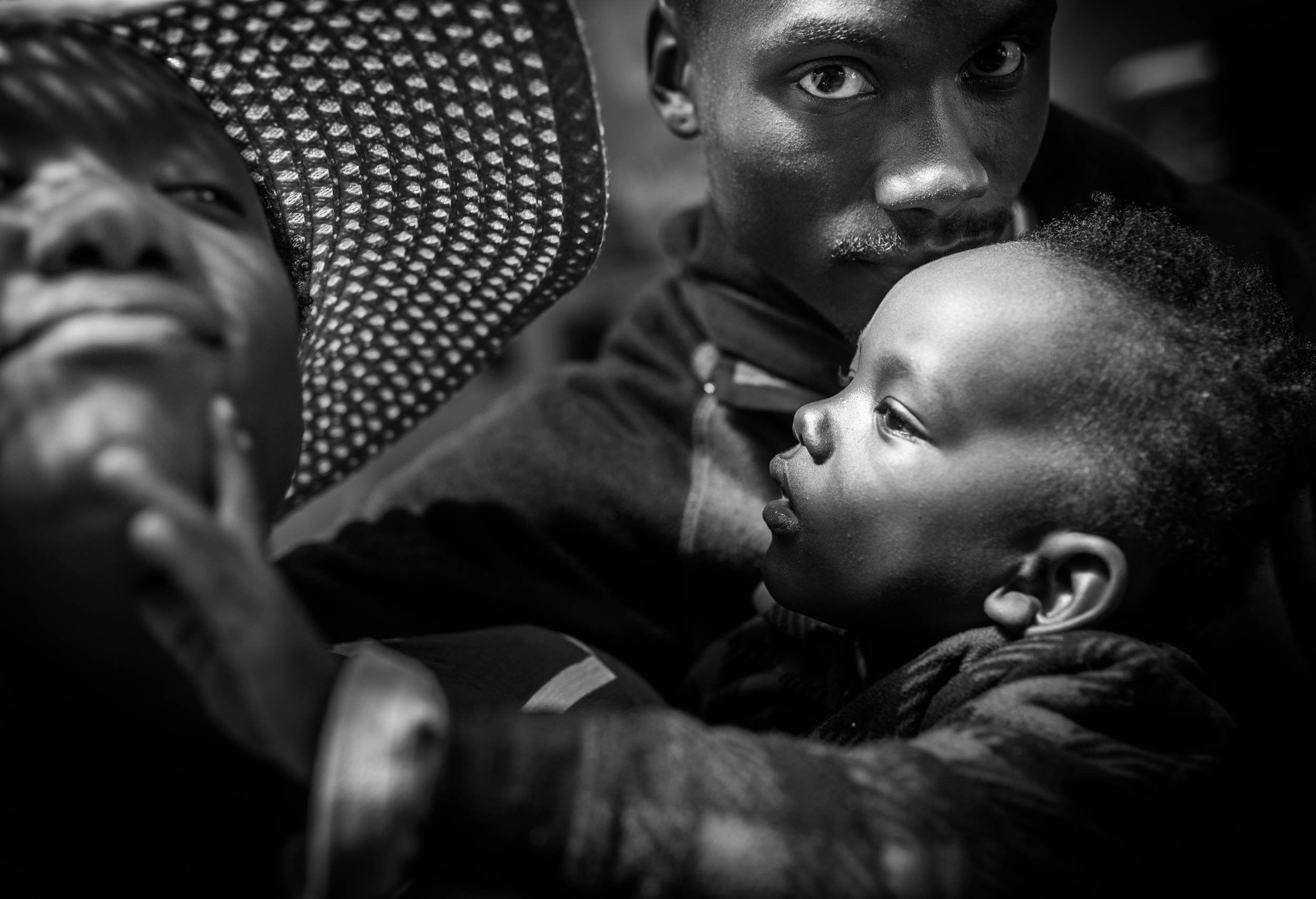 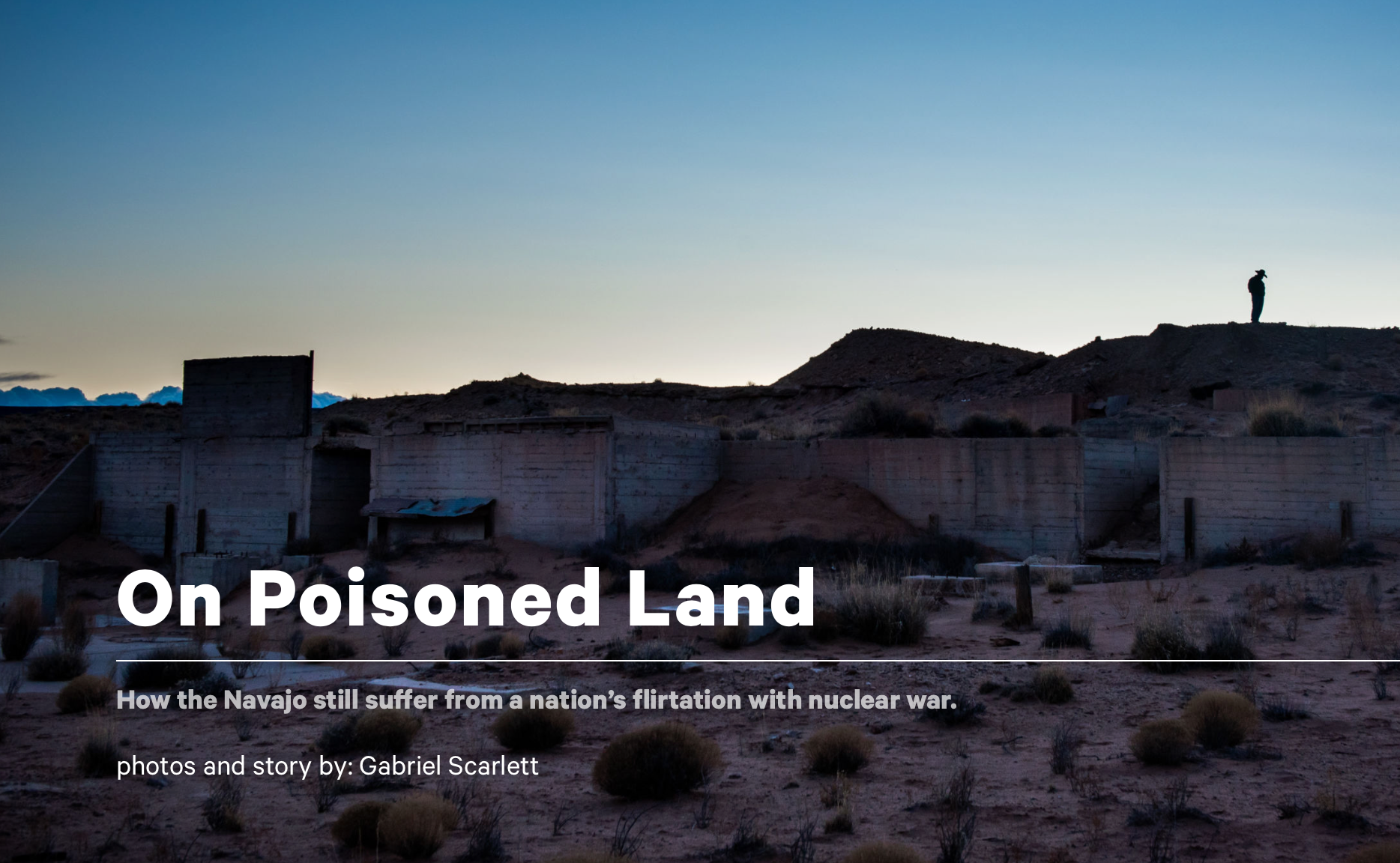 On July 16, 1945, the first atomic bomb detonation took place in a test explosion near Socorro, New Mexico, setting into motion an arms race that needed one main raw ingredient: weapons-grade uranium. Land in the American Southwest that was made up of barren desert scrub brush and sandstone mesas was found to be incredibly rich in uranium ore. The people of the Navajo Nation sat on some of the largest uranium deposits in the world. Hundreds of mines were opened and a boom began. But as is so often the case with indigenous populations, the vast majority of Navajos did not benefit from their own natural resources and unemployment now rests above 40 percent. Decades of irresponsible mining, chemical dumping, and radioactive spills have left large swathes of the Navajo Nation with crystal clear, yet contaminated and undrinkable ground water. More than a decade has passed since the last uranium was mined on Navajo land, but the death and disease it brought is far less removed. Over 30,000 sick Navajo miners have been compensated under the Radiation Exposure Compensation Act that awards a cash sum to those who can prove that they are sick or dying from their time spent working in the mines. Many more will die in the coming years, but their legacy is lost on much of the country. The president has called for a second nuclear arms race as miners still die from the first. In Navajo tradition, four sacred mountains are said to mark the edges of the Navajo’s land and are believed to watch over the people. In one prayer, the four mountains speak to the Navajo saying: “My child I will feed you, give you good health, and I will give you strength and courage. My child I will give you clean air and clean water to drink. I am your Life.” But from beneath the mountains on the Navajo Nation Reservation have come some of the richest deposits of uranium in the world, and with them sickness, suffering, pain, and loss. Today, the Navajo know this bitter irony all too well. They live it.

Project role: This is the culmination of reporting I did on the Navajo Nation Reservation in the Southwest. Stills, text, graphics, audio, and video have been put together into this interactive website. 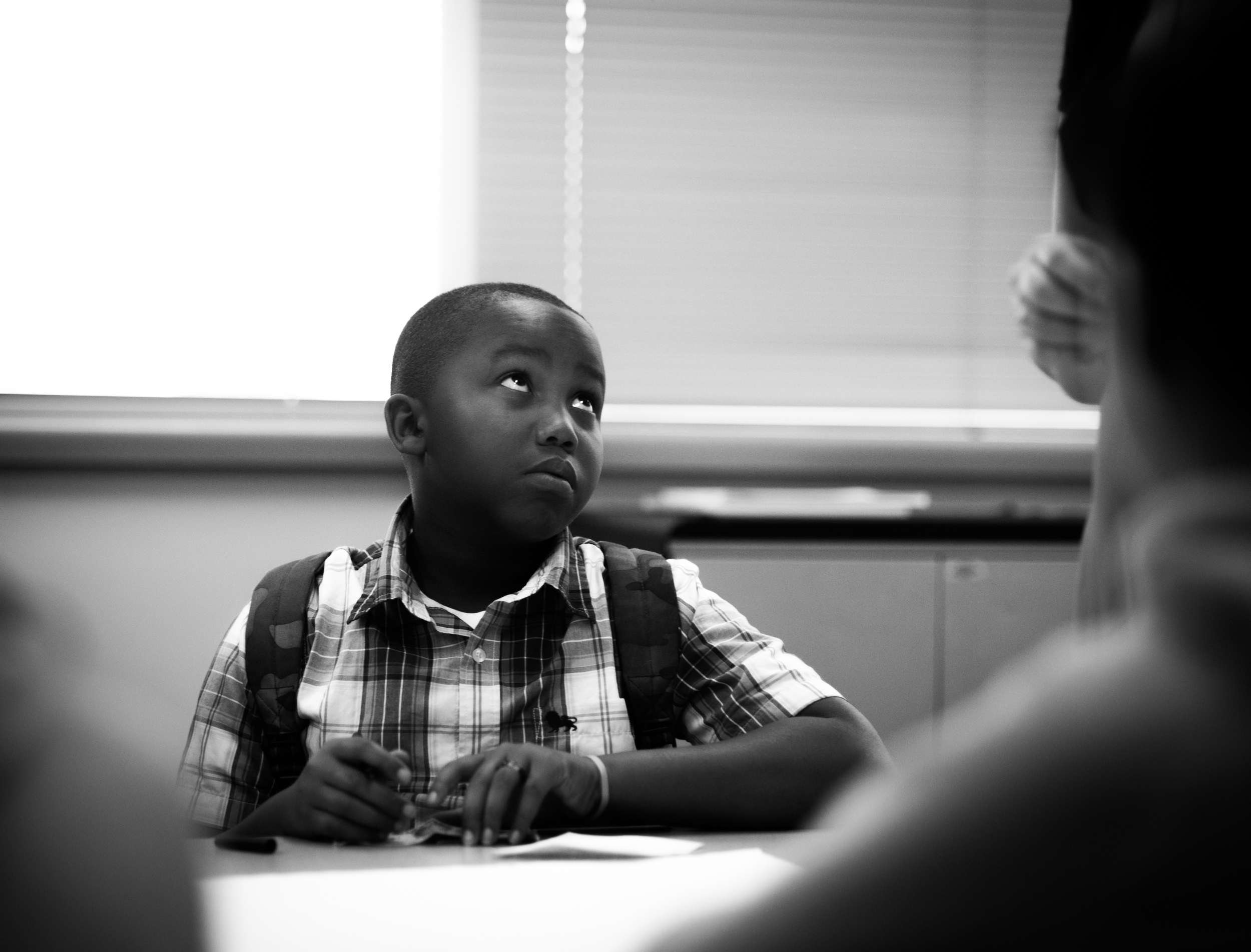 Shawn and Taneka Hill brought their children to Colorado for a better life and for Shawn to find steady construction work. Despite his skill level and $25/hr wages, Shawn was never able to get his family in permanent housing and they shared a one bedroom unit at the Kings Inn Motel. The surge in housing prices has kept thousands in Denver area from escaping homelessness. For over a year, the Hills enjoyed the close knit community at Kings until new ownership took over and rent was increased several times. The evictions soon began and the they found themselves struggling to survive, moving from one motel to another. A family, on the brink. 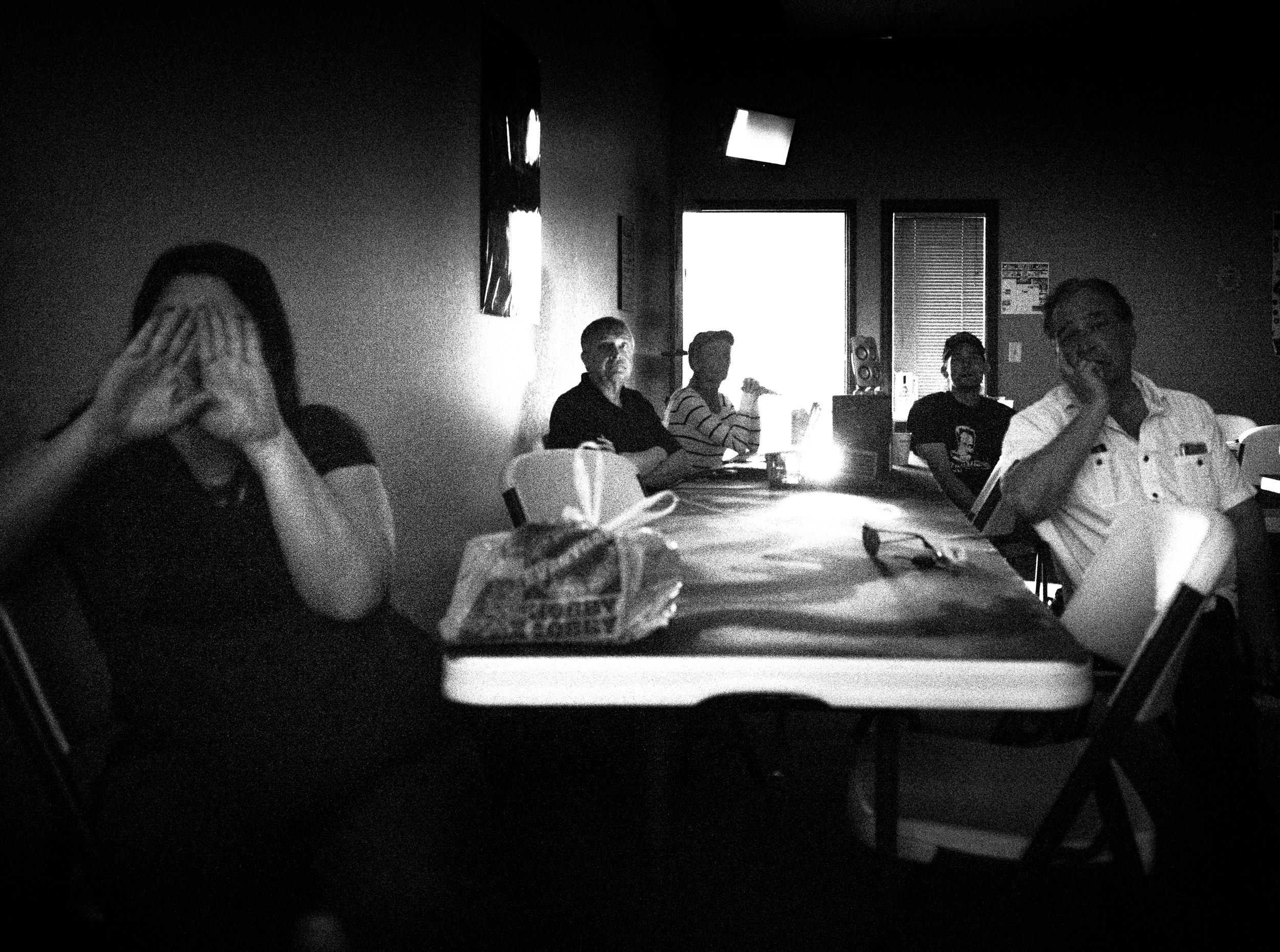 What Brought Me To My Knees

After a summer in Colorado, what remains with me is a place and a people that exists far from the cliches and conventions of this state so shallowly understood. Colorado has a little bit of everything, and this is my incomplete record, these my disjointed vignettes.