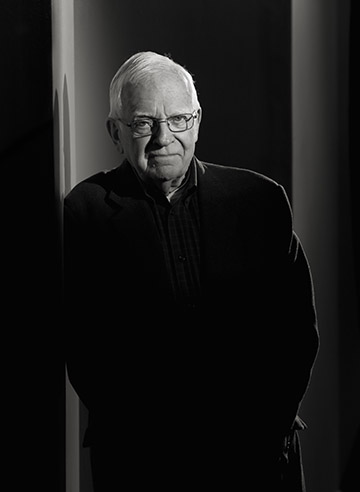 The Board of Directors of the National Press Photographers Foundation is pleased to announce a new annual scholarship:  The Rich Clarkson Founders Scholarship.

In announcing this scholarship, Tom Hardin, NPPF president said, “The Foundation is so honored that Rich Clarkson has chosen NPPF to establish a scholarship in his name.”

For 25 years, Rich Clarkson was the director of photography at The Topeka Capital-Journal.  He also led the photo and art department at The Denver Post as Assistant Managing Editor/Graphics and was The National Geographic Magazine’s Director of Photography in the 1980s.

He currently leads the publishing and photography company, Clarkson Creative, headquartered in downtown Denver.   Almost 25 years ago, Clarkson founded and continues to run the very successful Summit Series of Workshops that feature some of photojournalism’s most successful photographers and visual artists on the faculties.

Clarkson is known for hiring many of today’s most creative people – each exhibiting great people skills and a high degree of energy and passion.   Whether at the intern level or for top publications, Clarkson’s legacy is to select photojournalists for their ability to learn, discover and practice good journalism.

He has received numerous awards including National Press Photographers Association’s Sprague Award, the highest honor that the organization bestows.  At the University of Kansas, his alma mater, Clarkson received distinguished recognitions including the William Allen White Medal and the Fred Ellsworth Award that is the highest Alumni recognition instead of awarding honorary degrees.

The first Clarkson Founders Scholarship $2,000 stipend will be awarded in mid-2015.  As with most NPPF scholarships, the deadline for entry is in early March of each year.

There will be a three-person scholarship committee established to choose the scholarship winner.  The selection committee will be looking for a person whose work ethic demonstrates the highest level of professionalism and leadership as a photojournalism student.  As with all NPPF scholarships, applicants for the Rich Clarkson Founders Scholarship must be enrolled in an accredited 4-year college or university either as an undergraduate or graduate student.

On the eve of The Foundation’s 40th anniversary, the Rich Clarkson Founders Scholarship is a testament to his commitment to photojournalism education.  This scholarship will enable future generations of student photojournalists to commit to professionalism, excellence, and generosity as practiced for so many years by Rich Clarkson.