By Sherry Ricchiardi
Three-time Pulitzer Prize winner Michel du Cille got his first glimpse of journalism when he tagged along with his father to the newspaper where he worked in Gainesville, Ga. He gravitated to the photo department and accompanied a staff photographer on assignments. The high school junior was hooked.

He signed up for a photo course at a local recreation center, learning to build a pinhole camera and use a Speed Graphic. At 16, he began making pictures for the Gainesville Times, launching his long and remarkable career.

For the soft-spoken native of Kingston, Jamaica, photojournalism became the heart and soul of his life. His images gave voice to the world’s most vulnerable and served to “comfort the afflicted and afflict the comfortable,” as he put it.

Du Cille’s work took him to hell-holes few dared tread. He came under fire in Taliban controlled territory in Afghanistan and braved brutal warlords in war-torn Sierra Leone. On his final assignment, he was documenting the ravages of the Ebola epidemic in Liberia.

On Dec. 11, 2014, the journalism community was stunned as word spread that Michelangelo Everard du Cille, 58, suffered an apparent heart attack while hiking back from a remote Liberian village. It was his third trip to the Ebola hot zone.

“He insisted on going back. He felt it was his mission,” said Nikki Kahn, Michel’s wife, and a fellow photojournalist at the Washington Post.

Before his last trip, Michel wrote in News Photographer Magazine, “I believe that the world must see the horrible and dehumanizing effects of Ebola. The story must be told; so, one moves around with tender care, gingerly, without extreme intrusion.”

After his death, Tom Frieden, director of the Centers for Disease Control and Prevention, sent a message to the Post: “Words cannot begin to explain what an impact his recent work in West Africa has had on the world’s response to the Ebola epidemic.” Michel had accomplished his goal.

We celebrate Michel’s life by helping to keep his mission alive. The Michel du Cille Fellowship, created by the National Press Photographers Foundation (NPPF), serves as a tribute to this world-class journalist and as an inspiration to photographers who espouse his values. The du Cille Fellowship is funded by donations from colleagues in the journalism community and NPPF photo auctions.

Du Cille’s friends relish telling stories about the bespectacled journalist with the infectious laugh and taste for fine rum.

When four Miami Herald neophytes shared an apartment in the 1980s, Michel became “chef of the house,” a stickler for serving meals on time, said Michael Cottman, one of the roommates. “He always made his staple: Jamaican peas and rice. But he could never cook just for four people and always made enough to feed a small island nation,” recalled Cottman in a Washington Post remembrance.

Photo editor Joe Elbert worked with du Cille for nearly three decades. He hired him in 1980 as a “green intern” at The Herald. Du Cille arrived in the newsroom two days early, sans camera — it had been broken in a bicycle accident. Elbert handed him a beat-up Nikon and sent him out to cover riots going on in Miami.

“Michel disappeared for 48 hours. I thought, `OMG, I think I killed our intern, and he’s not even starting on the clock until Monday.’ Then, Michel shows up breathless, with these really incredible pictures,” recalled Elbert who hired him as a staff photographer in 1981.

It was then that du Cille met Carol Guzy, another young standout. The two shared a Pulitzer Prize in 1986 for documenting the tragic aftermath of a deadly volcano eruption in Colombia.

“We’ve known each other forever, since we were baby photographers. We grew up in the business together,” said Guzy, wiping away tears as she spoke. “He was more than just a colleague to me. He was like a brother.”

In 1988, du Cille won a second Pulitzer at The Herald for photos portraying the lives of crack cocaine addicts inside a Miami housing project known as the “Graveyard.” He visited the scene for weeks without a camera. When an editor asked about it, Michel replied, “I want them to get to know me as a person. First comes trust, then the work.”

That same year, Elbert moved to the Washington Post and recruited du Cille. In 2008, he won his third Pulitzer, shared with two reporters, for exposing the mistreatment of wounded veterans at Walter Reed Hospital. The series sparked a national outcry and reforms by federal officials.

While at The Post, du Cille married coworker Nikki Kahn, a photographer who shared his passion for the profession. In 2011, Kahn, Guzy and Ricky Carioti won a Pulitzer for their portrayal of grief and desperation after a massive earthquake shook Haiti. Du Cille was the photo editor who oversaw the project.

“When Nikki and I won the Pulitzer, Michel was so proud. It would make your heart melt,” said Guzy.

Kahn describes du Cille as “gentle, kind, and lovable. He was always a voice of reason and looked at everything with a positive perspective. His love for the profession was just so deep. His life revolved around his work.”
When Michel needed to unwind, he turned to John Wayne, binge-watching western movies. “He liked the old fashioned ones with thick western drawls. It was his way of totally decompressing,” said Kahn.

Du Cille was on the boards of NPPF and the National Press Photographers Assn. (NPPA). He served on the Pulitzer Prize jury in photo categories and as a Pictures of the Year international judge. He received an undergraduate degree from Indiana University and a master’s from Ohio University, both in journalism.

“At the time he died, Michel was doing some of the best and most courageous work of his life. Those of us who had seen or talked with him recently saw a tremendous vitality in him,” Dean Rutz, a long-time friend, and college roommate told NPPA magazine.

How would the celebrated photographer like to be remembered?

“Michel would refer you to his pictures. That was his legacy. At the end of the day, he’d want to be remembered just for being a good person,” said Kahn. 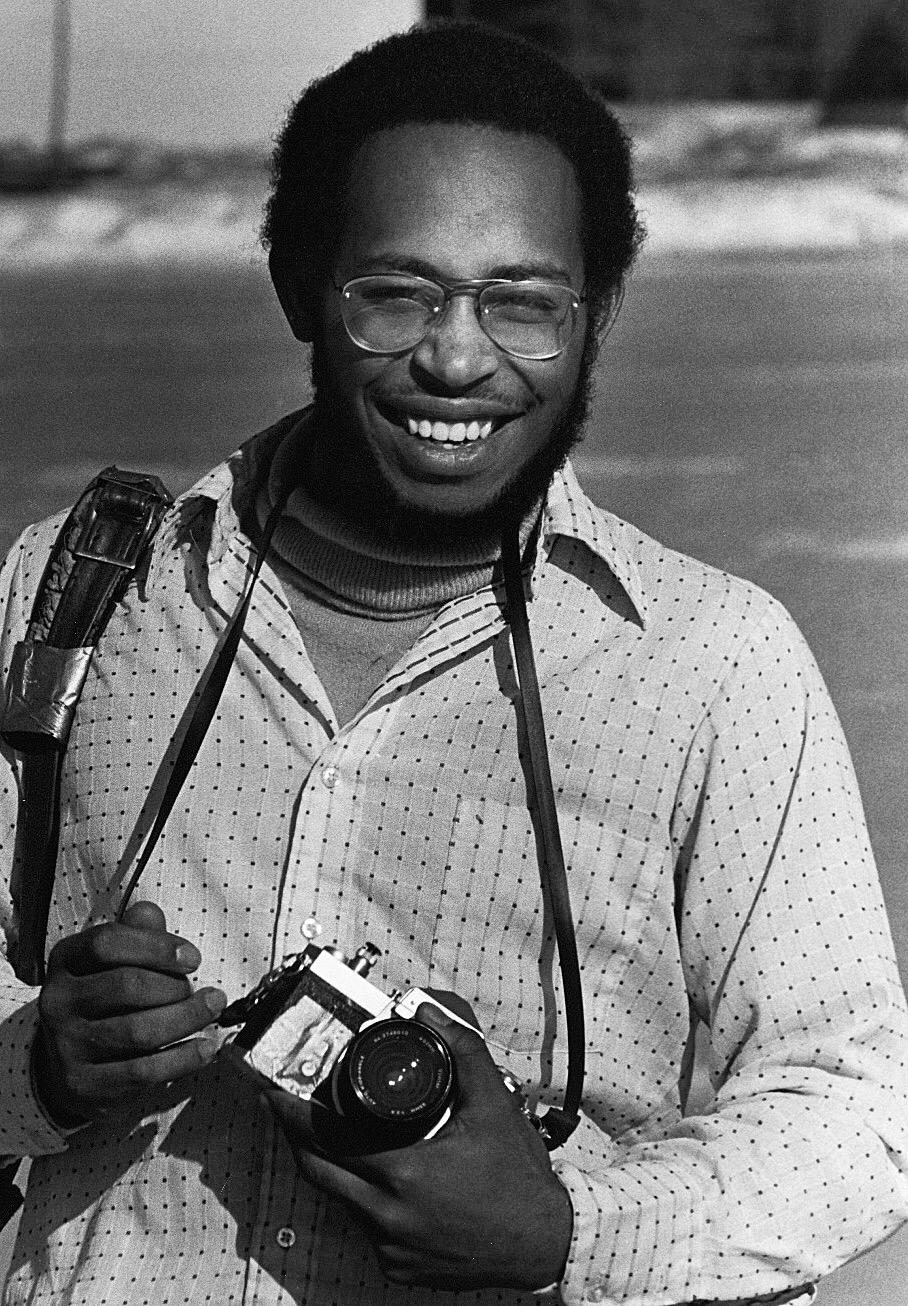 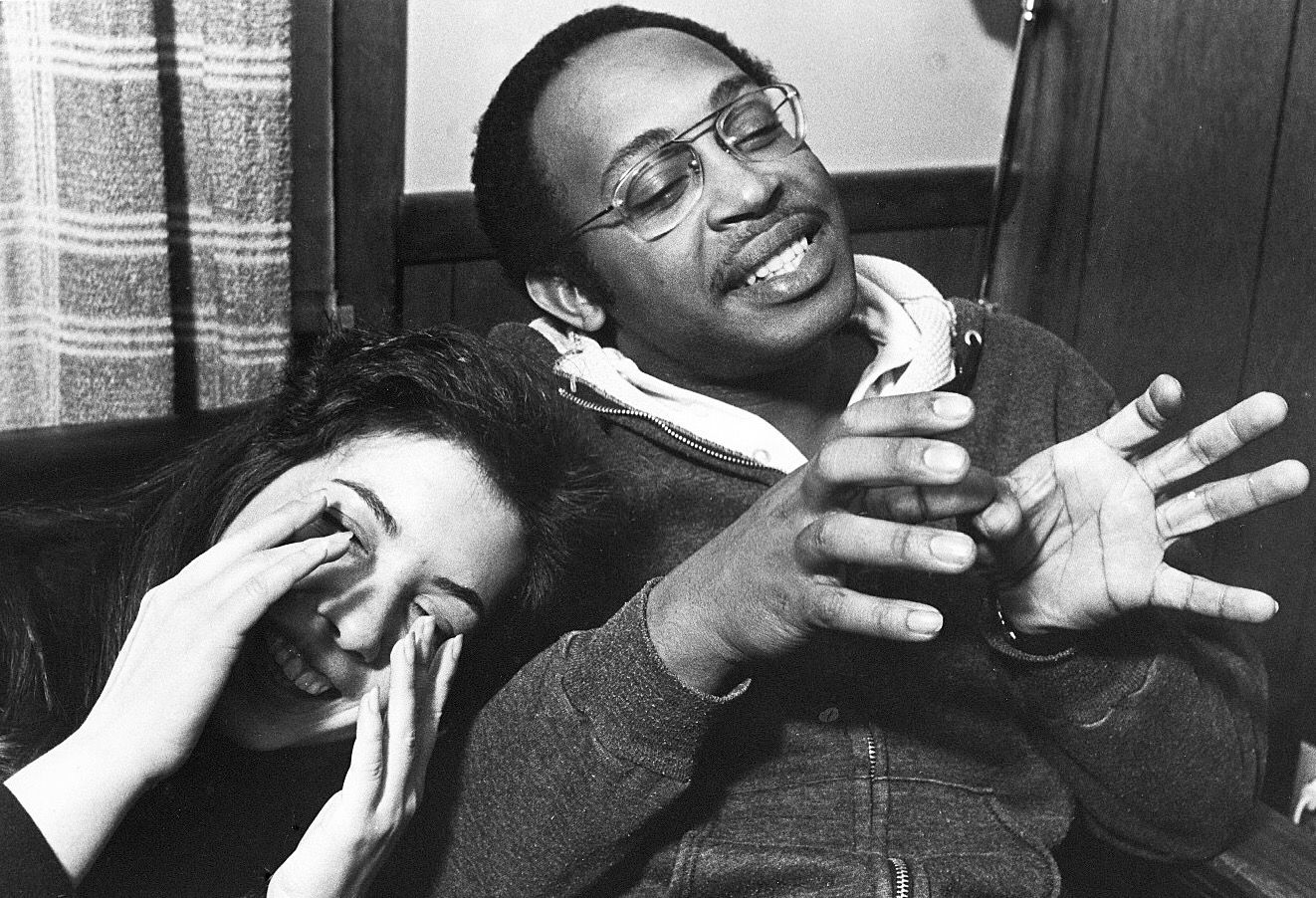 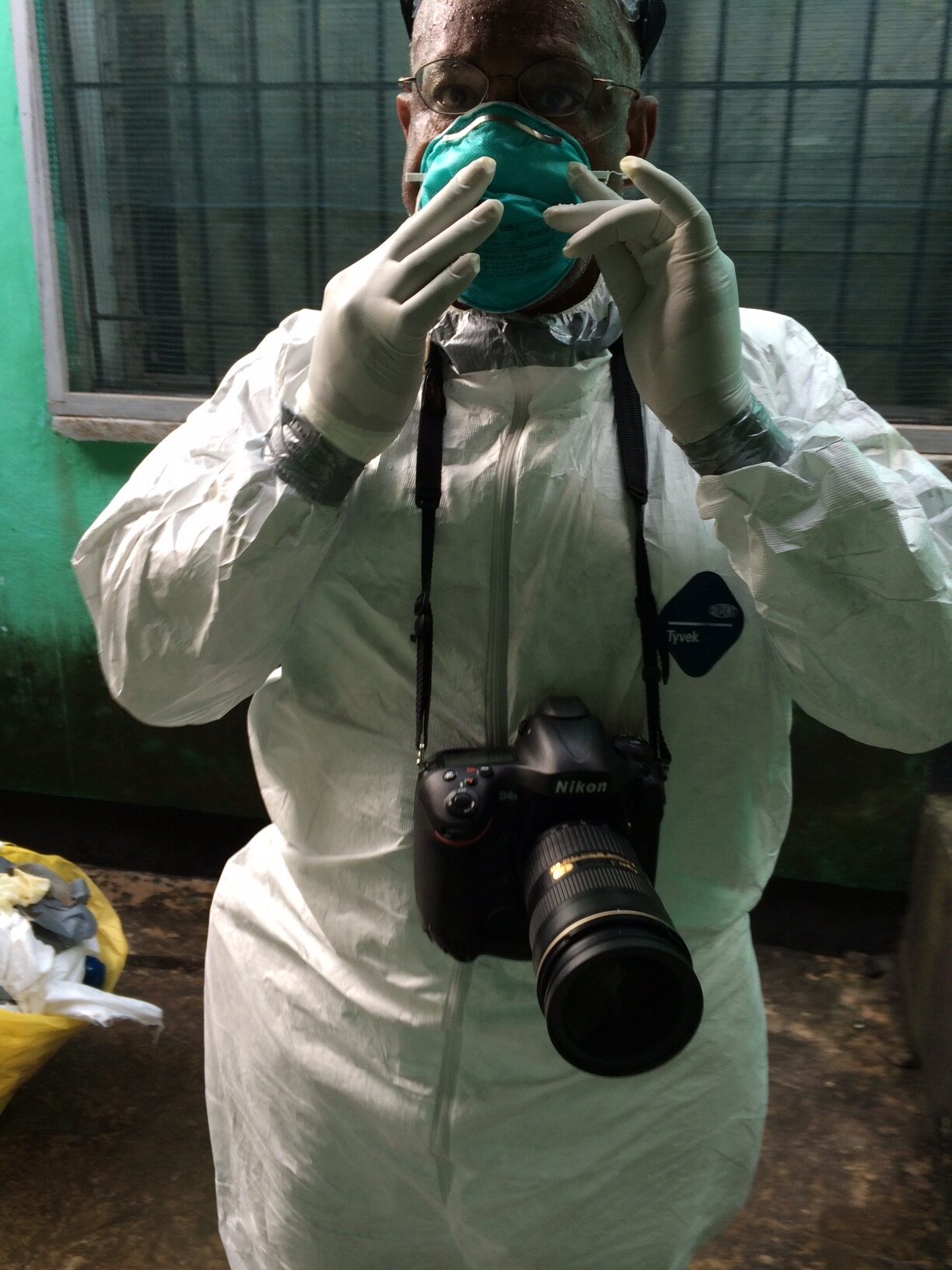 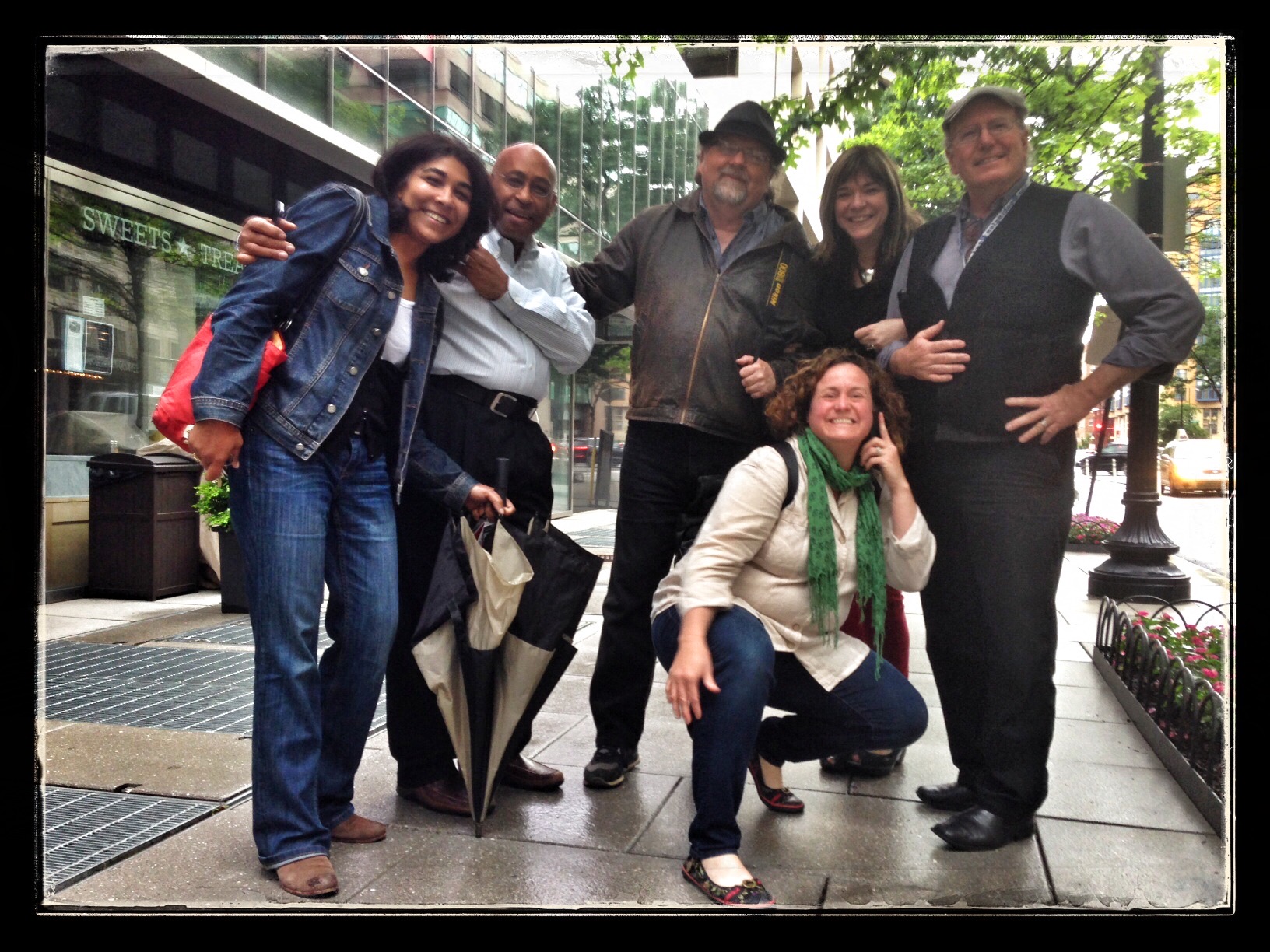 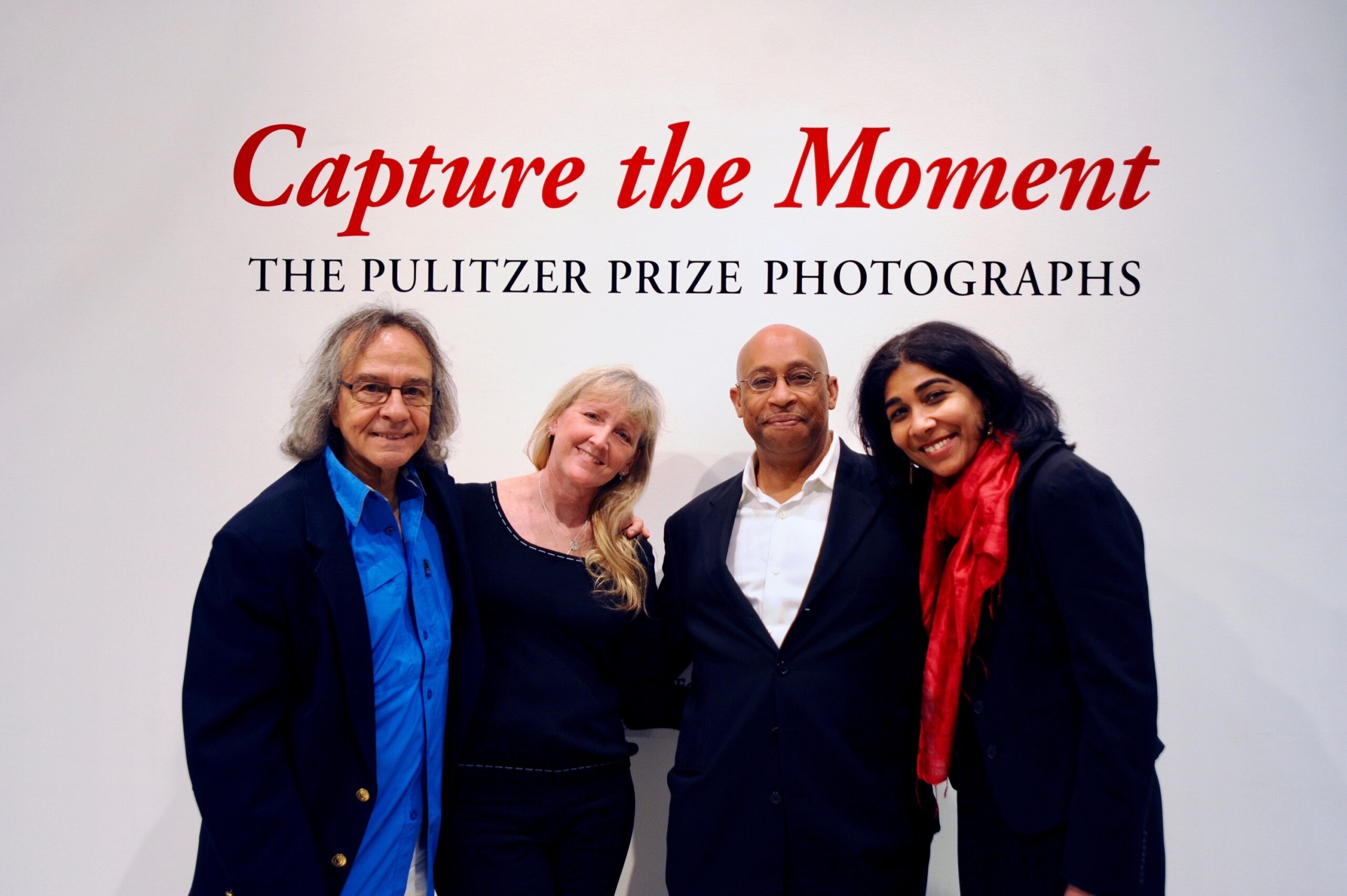 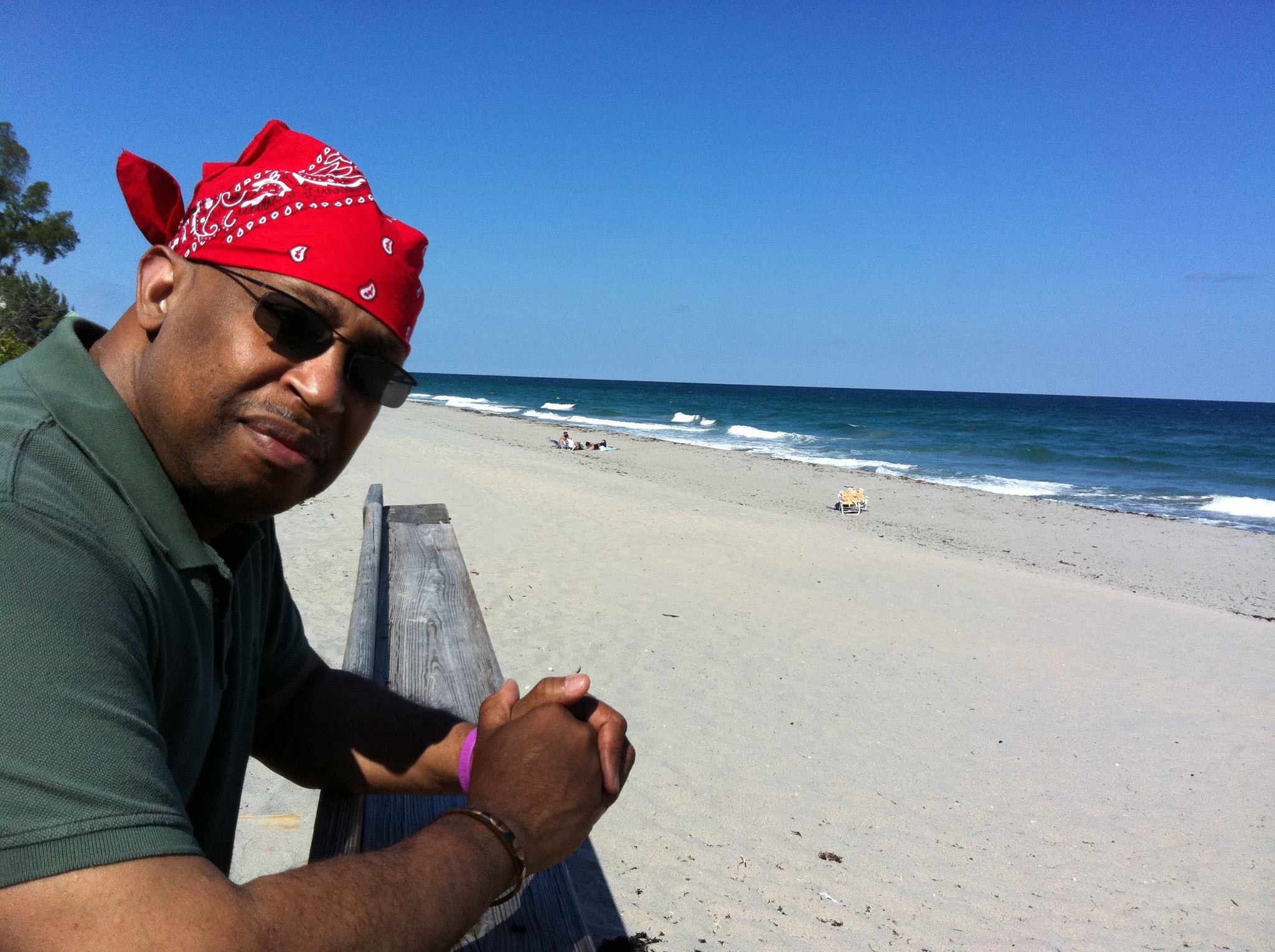