Manny Sotelo has an extensive background with the NPPA and KUSA-TV in Denver. Manny was elected President of NPPA in 1999, having served as Vice President in 1998. He has also served as Director of Region 9 for NPPA and was the Chairman of the NPPA National Television News Photography and Editing Annual Competition. He is among the few Hispanics to serve as President of the NPPA.

Sotelo joined 9News as a general assignment photojournalist in February 1984 and went on to serve as Assistant Chief Photographer, Director of Photography, and News Project Supervisor.  The staff of photojournalists and editors was selected Television Station of The Year five times by the National Press Photographers Association (NPPA) under his direction.

Sotelo received two regional Heartland Emmys in 2007 and was presented the Edward R. Murrow Award from the RTNDA in 2006 for co-producing, shooting, and editing a one-hour show on the wildlife of Colorado. He was honored with the Samuel Mellor Award in 1997 from NPPA to recognize his outstanding performance as Associate Director for Region 9. In 1991, the Colorado Hispanic Media Association presented Sotelo with its annual Excellence in Media Award. 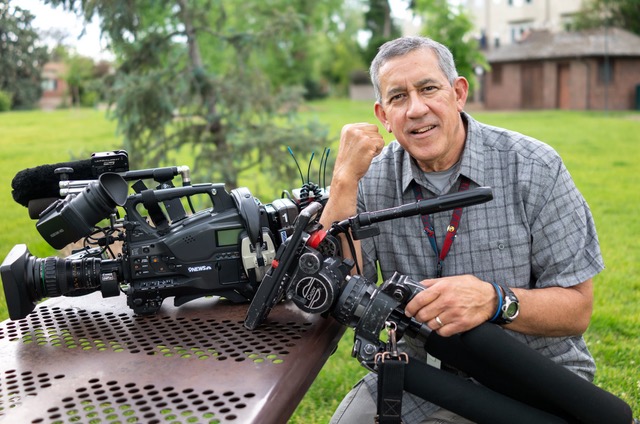