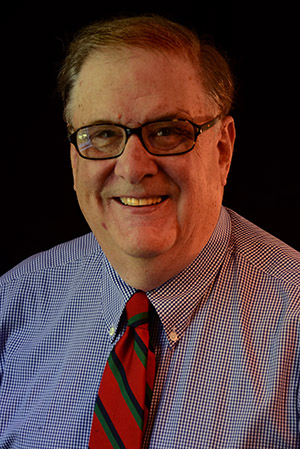 C. Thomas Hardin is a 1963 Centre College graduate. He started to work at the Louisville Courier-Journal and Louisville Times the morning after graduation.

He spent twenty-eight years at the Louisville newspapers as a staff photographer, Sunday Magazine photographer and as director of photography (for eighteen years). He and the photo staff were awarded a Pulitzer Prize for their coverage of Louisville’s court-ordered busing – the first photo staff ever to receive a Pulitzer. A C-J photographer also received another Pulitzer for local reporting. Hardin also shared in an additional Pulitzer and was director of photography for all three. He left the C-J, and after almost four years, retired from The Detroit News in 1996.

He has edited several books including: Over Kentucky: 40 years of Aerial Photography by Billy Davis and Rain and Ruin, covering the March, 1997 floods in Kentucky and Indiana as photographed by Courier-Journal staffers. Most recently, he edited a history of Centre College: Our Standard Sure, Centre College Since 1819.

He is married to 1962 Centre graduate Mary Clyde Callaway Hardin. They have two daughters: Lindy Chapman (Centre class of 1989) and Lyle Browne and six grandchildren.